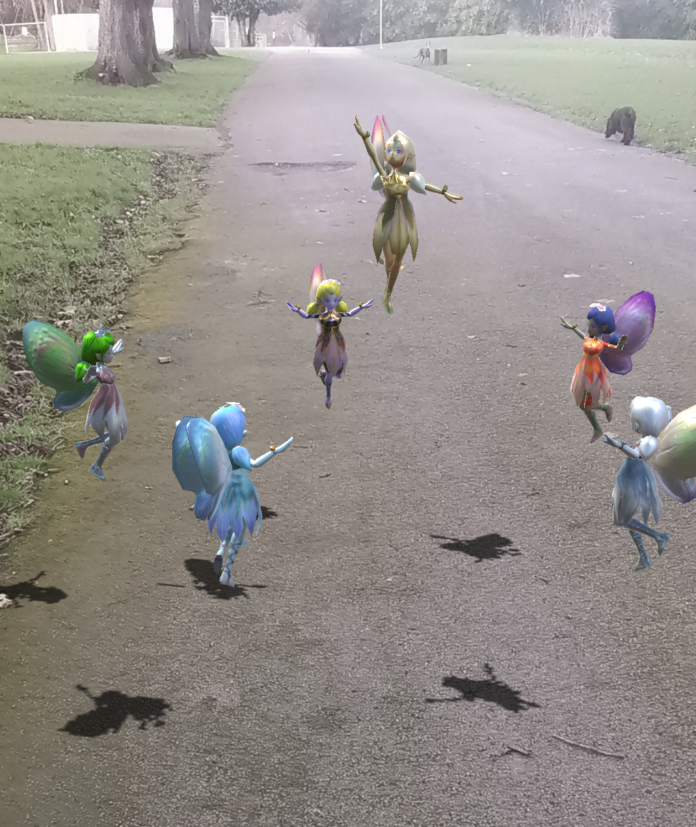 January can be pretty boring for children. Christmas is over and it seem ages until Easter. Keep their imaginations alive by joining this magical fairy trail in Armley Park and Armley town centre.

It’s cold outside and many children (and adults), would rather stay home and watch TV or play on game consoles or their phones.

The Fairy Walks and Dinosaur Safaris are a great way to get the whole family outside this winter. They are still using their phones, too!

“The winter fairies have been created by Love Exploring, a free app which has been brought to the city by Active Leeds and Leeds City Council Public Health. All you need is a smart phone and a sense of imagination, and you can find a whole flutter of fairies across Armley, including on Town Street and Armley and Gotts Park.”

The app uses augmented reality technology to create fairies that move, dance and sparkle. Families can take photos or videos of themselves having fun with the fairies. There’s also a quiz to answer, which makes the Winter Fairies trail even more interactive.

The fairies first appeared in December and are set to stick around until the end of February half-term. There are six fairies to find in Armley & Gotts Park, and eight in Armley town centre. The trail can be walked in any order, but there are three lovely fairies dancing together right by the Stanningley Road entrance to the park.

The Love Exploring app also offers Dinosaur Safaris – with a particularly striking T-Rex which roars and swishes its tail – in 10 locations across the city, including Armley & Gotts Park. There are also 21 walking trails including the Street Art trail near Leeds Dock.

Armley Councillor Lou Cunningham is very enthusiastic about the project and provided us with some photos of following the trails. She added:

“It has been fantastic to work with the council team and the developer to create two magical fairy trails. We hope that everyone has fun exploring them.”

To discover the Augmented Reality Fairy Walks, you can download the Love Exploring app here.

Do you believe in fairies?