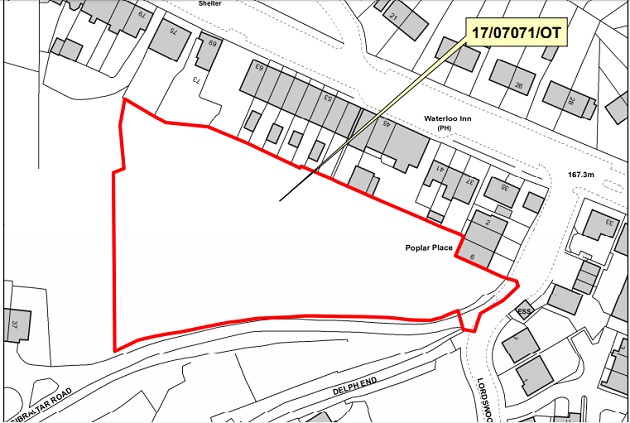 Outline plans for up to 14 houses on grassland at the edge of Pudsey could be approved in principle later this week.

Developer General Contractors (Leeds) is wanting to approve the principle of building the houses on the Gibraltor Road site, along with access to the proposed development.

The initial plans have been recommended for approval by council planning officers, subject to a raft of planning conditions.

But concern has been expressed about access to the site. Eight objections have been received about the development of a greenfield site, loss of a semi-rural area and increased traffic congestion in the area.

A planning officer’s report says revised plans have been received to address highway safety concerns and improve visibility at the junction into the site from Gibraltar Road.

The area has been allocated for housing in the council’s emerging Site Allocation Plan, which dearmarks land for development.

A decision will be made at Thursdays South and West Plans Panel meeting at Leeds Civic Hall.