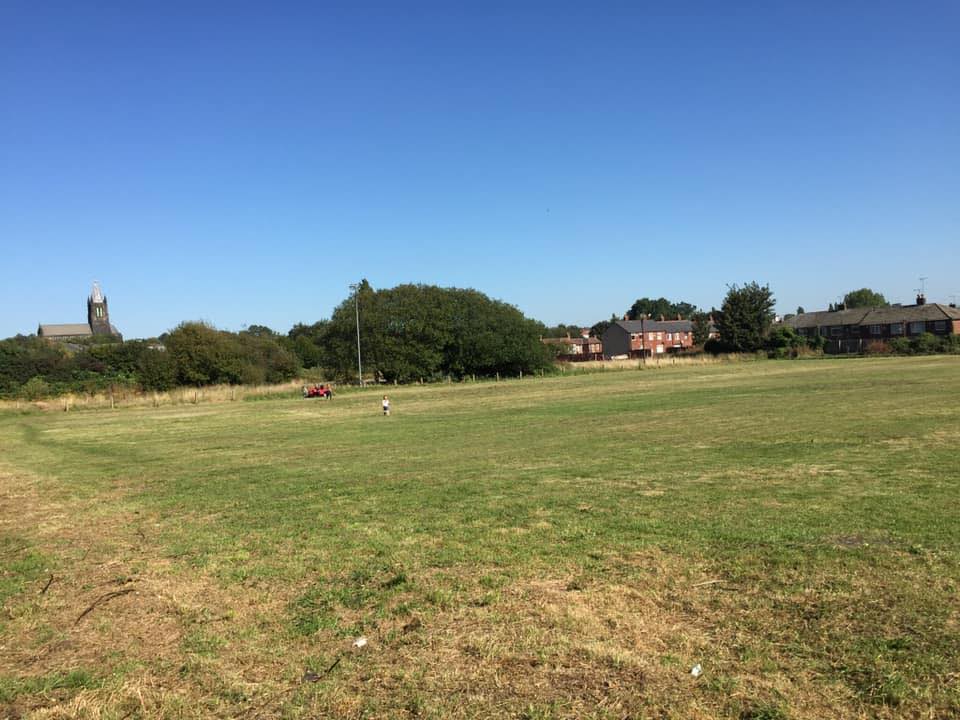 Campaigners have vowed to fight on following the latest decision not to list a former Wortley sports field – where Leeds United legends once played – as an asset of community value.

The TV Harrison Community Action Group is fighting to stop Leeds City Council buying the land on Oldfield Lane and building up to 50 local authority houses on the site.

They had hoped to preserve the field, previously used by Leeds United legends including Paul Reaney and David Batty, as an asset of community value.

This would have given the field, which has been largely unused for 15 years, additional protection from development under the Localism Act 2011.

But the council has turned down the application for a third time, saying there has been no formal or permitted use since the site was closed by land trustees Leeds Schools Sports Association (LSSA) 18 years ago.

A council report – which can be read in full here – argued there is a need for housing in the area and stated:

“The site has been identified and allocated as a site for council housing as part of the Site Allocations Plan, and this was formally adopted in September 2019.

“There are firm and settled plans by the council as local housing authority to develop this site for housing, subject only to the grant of planning permission, and planning permission is highly likely to be granted given the planning allocation for the site. Therefore in Planning Policy terms, a sports pitch is no longer deemed to be a suitable use of the site.”

Campaigner Arron Lambert, from the TV Harrison Community Action Group, has said the fight will continue, despite the latest setback. He said the group was seeking to take legal advice to take on Leeds City Council was moving closer to finding a legal firm to take on their case. He added:

“I feel the council report is flawed. You can pick it apart fairly easily and we’re looking for the right legal people to take the council on. I’m strongly defiant but disenchanted with the people who run our city, who simply refuse to listen.”

Mr Lambert said a number of community activities had been taking place on the pitch until lockdown, and that the previously disused area had been tidied by community members. Campaigners had also collected a petition with more than 4,000 names on.

The former pitch been identified as a potential site for 61 local authority homes in Leeds City Council’s planning blueprint – the Site Allocations Plan.

The council says the Site Allocations Plan had been subject to extensive public consultation and a full public inquiry.

The field has been used for sport since at least 1850. It was bought by public subscription in 1928 and is held in trust by the Leeds Schools Sports Association to be used as a sports pitch. Leeds City Council owns a quarter of the site.

The ground also has strong historical links to Leeds United as the venue for the Leeds City Boys club, a representative team made up of the best players from Leeds’ schools. Its illustrious past saw it play host to former Leeds United stars such as John Charles, Brian Deane and Paul Reaney.

Last month, West Leeds Dispatch reported on how Wortley children had written to Prime Minister Boris Johnson, asking him to intervene and save the pitch.

Clarification: Our headline originally said it was the fourth time the campaigners had been refused. It is, in fact, the third.