Council chiefs have today rejected government population predictions and will stick with their original figures for increasing housing in Leeds over the next 15 years.

At a Leeds Civic Hall press conference today, executive member for neighbourhoods, planning and personnel Cllr Peter Gruen said it was vital that up to 70,000 new homes were built to meet growing population figures in Leeds up to 2028.

He rejected government statistics on projected population growth in the city, which showed that the number of households in Leeds is projected to rise by just 44,500 in the same period.

Campaigners (including local residents and Leeds Conservatives and Liberal Democrats) said the figure at the heart of the city council core strategy was an over-estimate and needed to be cut in line with the Office for National Statistics (ONS) report.

But Cllr Gruen said he had analysed the ONS report, which he claimed failed to take into account a range of factors, most notably housing demand created by future economic growth. He said almost 60,000 new jobs are expected to be created in Leeds by 2031.

“If we reacted every single time we had a new set of statistics we would never get anything done in the city.

“We always knew the target was ambitious and at the top end of the spectrum and the last government figures meant it was the responsible course of action to look again at out figures.” 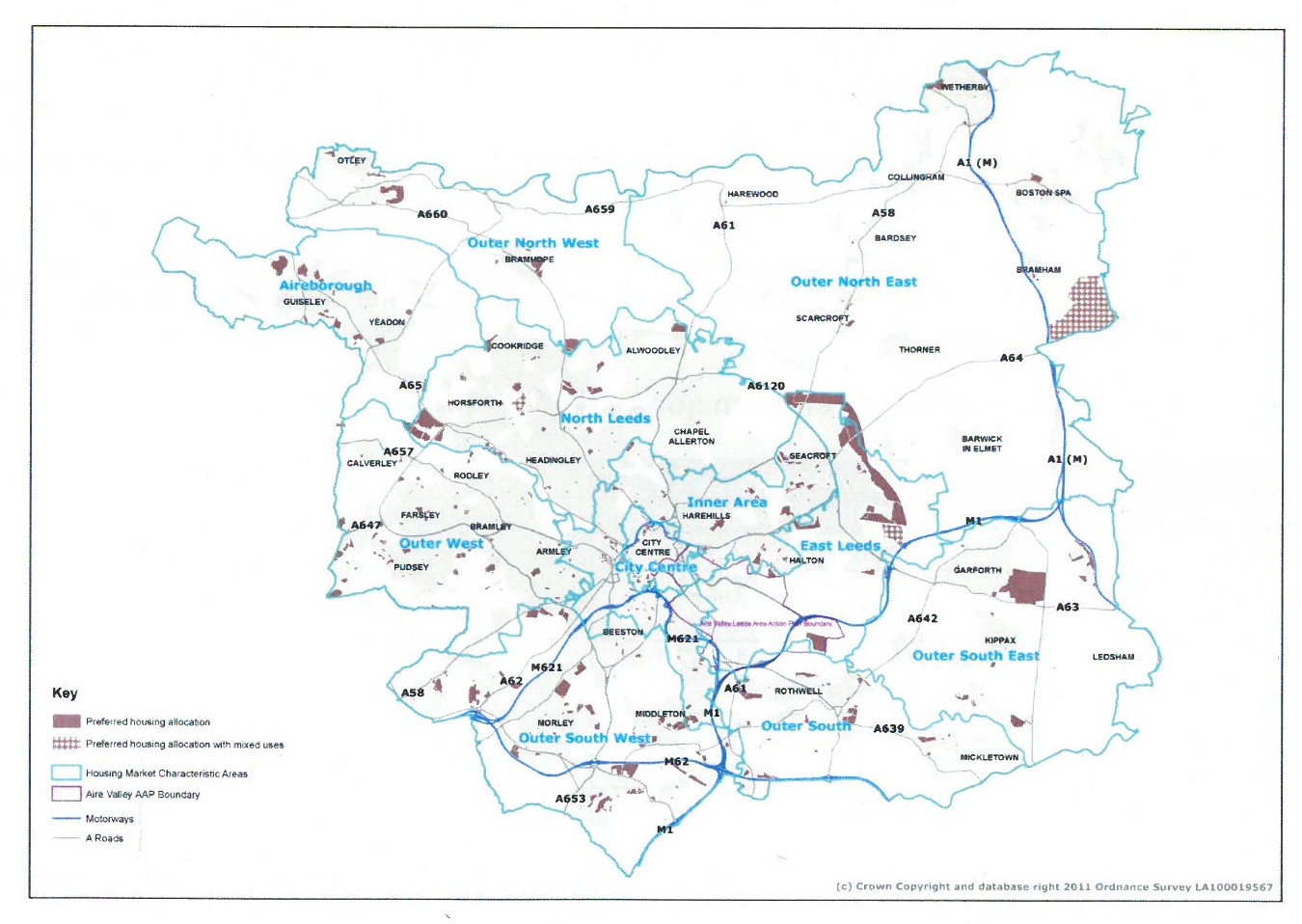 He also said the government figures also didn’t take into account factors such as the need for more affordable housing and the number of people living in ‘concealed’ households, such as people living with friends or with parents.

Cllr Gruen also maintained that to not progress with the council’s planning blueprint at this stage would lead to much larger swathes of the city’s green belt being put at risk of development due to a lack of policy being in place. He added:

“Halting the process would have major implications for housing in Leeds in terms of leaving the countryside immediately vulnerable, is not justified at this time but we will continue to monitor the situation.

“We do have flexibility and options in terms of phasing and with the Site Allocations process, while we are firmly committed to a review of the overall 70,000 figure within three years as the economy continues to recover. So this is the most prudent and responsible approach to delivering the appropriate levels of new housing we need as a city.”

He also said that the latest ONS figures are based on the assumption that demographics and trends from 2007-12 will be repeated up to 2028. But Cllr Gruen said this was a period of recession when housebuilding slowed considerably but warned the housing industry is expected to operate at a ‘significantly higher level of productivity’ in coming years.

When asked why the final decision had been put back until after the election, Cllr Gruen responded:

“Everybody was taking a political view, MPs in Pudsey and elsewhere were lining up to see ‘how is this going to fit in with me and my election campaign. I wouldn’t have gotten any sense out of anybody pre-election. Short of me turning round and saying ‘we won’t build any houses, I wouldn’t have satisfied anybody.”

Labour councillors in Pudsey (and Labour’s parliamentary candidate Jamie Hanley) put out an election leaflet last month which claimed, amongst others, that they were against development in the Green Belt.

Overall, the council has identified 763 sites across the city, of which 62% are on brownfield land, 18% on greenfield and 20% on green belt land. A further 2% will be on mixed use land.

But it is being challenged by opponents including the campaign group WARD (Wharfedale and Airedale Review Development) and others across the city.

A report on the issue is to be discussed by the council’s development plan panel at Civic Hall next week (May 19), setting out the implications of the figures and recommending continuing the policy as planned, but also continuing to evaluate any new figures as they are released with the council committed to reviewing the 70,000 Core Strategy figure within three years.

Preparations will also continue on the draft Site Allocations Plan identifying areas for possible housing development across Leeds to go out to public consultation in the autumn.

Leeds City Council’s Conservative group leader Coun Andrew Carter, said: “This is hugely disappointing news. Community groups and individuals across the city will feel they have been badly let down by the council’s Labour administration. There is no doubt in my mind that they have misled people into believing that they were prepared to review the 70,000 housing number virtually straight away.”

Colin Campbell, planning spokesman for Leeds City Council’s Liberal Democrat Group, told the Yorkshire Post: “The council should immediately reduce its target for new housing from 70,000 to 60,000, in line with the suggestions we have repeatedly made but which have been blocked by the council’s leadership. This would mean that many of the greenfield sites threatened would be saved and homes would be built where they are needed.”