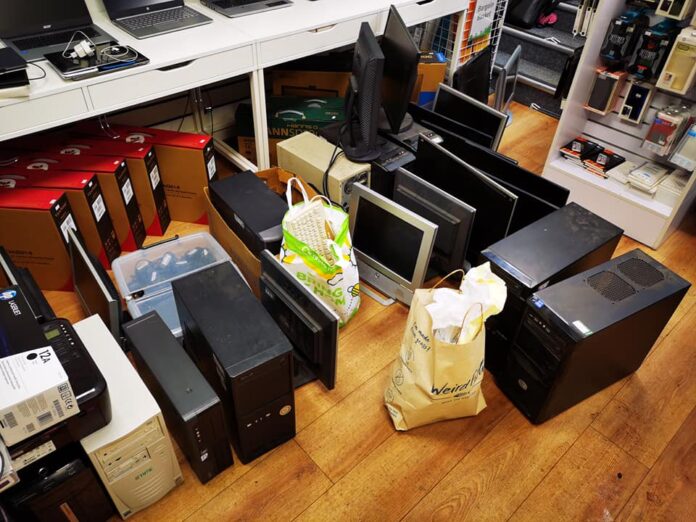 An appeal for old laptops and desktop computers in Pudsey to help students learning from home during lockdown is being expanded into other parts of West Leeds.

More than 250 schoolchildren will already be able to do their schoolwork from home after Stanningley-based Pudsey Computers started transforming donated laptops from the public once lockdown was announced last week.

All nine members of the council’s Outer West Community Committee have now agreed that the initiative will be rolled out to schools across all three outer west wards – Calverley & Farsley and Farnley & Wortley, as well as Pudsey.

“The initiative, piloted by councillors Simon Seary and Trish Smith in Pudsey, is providing previously owned laptops which have been refurbished by Pudsey Computers to local schools for the use of pupils having to work from home.

“We urgently need local businesses and individuals who have surplus laptops to contact us so we can pass them on to Pudsey Computers for refurbishment and then give to local schools.

“This is a most difficult time but continuing the education of our young people is of critical importance to their future and the future of the country.

“We have agreed that our Outer West Community Committee will fund the refurbishment. Council officers have been told to cut the red tape and make sure we can role this out immediately. however, we need any organisation that has surplus laptops to donate.”

Pudsey Computers is asking for people to drop off their unwanted tech inside the front door of the retail store at 7 Bradford Road, Stanningley Bottom.

As reported by WLD last week, Cllr Simon Seary (Pudsey) came up with the idea. He said at the time:

“I was looking on social media late last night and people were saying if they were working from home and they had two or three children, there simply wouldn’t be enough devices for everyone.

“I approached the headteachers at both Crawshaw and Grangefield and both supported the idea of a donation appeal. Steven Lightfoot is massive in the community and was really receptive to the idea.”

The Outer West Community Committee is made up of five Conservative, three Green and one Labour councillor and covers Calverley & Farsley, Farnley & Wortley and Pudsey wards.