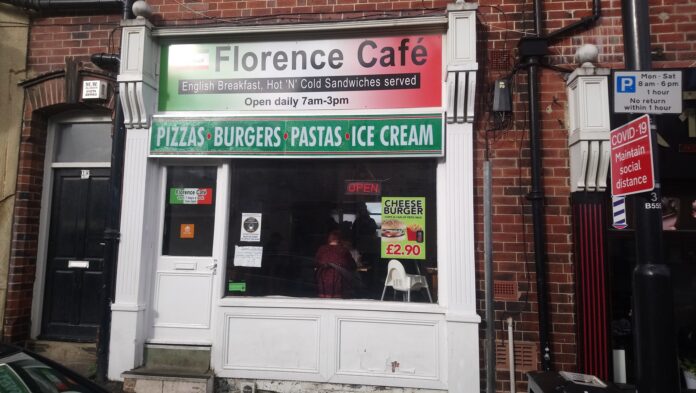 The spirit and generosity of Armley people during the pandemic has been amazing.

Amid rumours that the UK could be placed on lockdown to try to halt the coronavirus pandemic – panic buying ensued. Toilet roll became a more precious commodity than gold, and every supermarket hosted a battle for the last bread roll.

Then people were furloughed from work and the most vulnerable citizens were told to isolate themselves indoors. Cut off from family and friends, many would have been without vital supplies, but for generous communities who reached out to them.

Armley, was no exception. From providing food parcels to the most vulnerable and delivering shopping and prescriptions, to providing art and crafts projects, during lockdown, the people of Armley did everything they could to make sure that no-one was left without.

I reached out to members of the Facebook group: Armley Good Stuff, to have their say about Armley’s community angels and asked who they thought deserved a mention. This is what they told me:

Armley Helping Hands is well known in the community for the help their generous volunteers provide to the elderly.

During lockdown, their essential work continued as they provided meals and food parcels every week, and delivered shopping and medication.

They also provided a listening room and made sure to reach out to people, to make sure they were OK. They delivered gorgeously wrapped Christmas boxes for their “Spread a little happiness” campaign.

They even offered a drive-in carol service. They also offer a tasty fish supper of fish, chips and mushy peas every Wednesday afternoon and Wednesday and Thursday evenings on a fortnightly rota in partnership with Clarkies.

New Wortley Community Centre has always taken an active role within the community. They have provided food parcels and hot meals for people during lockdown. They were a hub for Covid testing.

They also established a women’s group to combat isolation and loneliness. When they couldn’t meet in person, they continued meeting online using the Zoom platform and amongst the activities was a make-a-mask pack – which provided instructions on how to make face masks.

People at their best

It wasn’t just community groups, but individuals too, who reached out to vulnerable people in LS12.

Local cabinet maker, Simon Rickles, was very concerned when the poorest families were left with no way to feed their children during the October half-term break.

He contacted cafes in the area and the Florence café, on Branch Road, didn’t hesitate to step in. They were eager to offer help and supplied 150 free take-out meals for school-age children.

Simon – a father himself – set up a fundraising effort for this and any funds that were left over after the children went back to school, was divided between local charities.

Jo, who lives on the Mitfords in Armley, wanted to help but was isolating along with her husband, so didn’t really know how. Then her friend mentioned she was shopping for elderly people so Jo, an avid baker, started making cakes.

Her friend delivered these along with the shopping. She made a variety of sweet treats including summer pudding, parkin, gateaux, and mince pies. jo said:

“I wanted to come up with something different every time and I know how much they were appreciated.”

Another resident, Samantha, described how one of her friends had set up a baby bank before Christmas to help families with baby items.

A recurring opinion was that Councillor Louise Cunningham (Lab, Armley) was at the heart of the efforts. Armley resident, Cica, said:

“Lou Cunningham has been amazing, and not just during the pandemic. She definitely deserves a shout out!”

Another resident, Jan, agreed. She said: “Lou Cunningham has definitely been there for the community – as have (Armley) Helping Hands and so many other local people. I’m so proud to live in Armley.”

Cllr Cunningham said: “Throughout the COVID-19 pandemic and the subsequent lockdowns, the community spirit in Armley has really shone through. As well as fantastic input from our community organisations, so many individuals have volunteered their time, energy, efforts, and resources to help and support those who have needed it. Armley councillors would like to take this opportunity to thank each and every person who has stepped up in our community.”

The sense of community pride – like that of people like Jan – is a far cry from the often hyperbolic picture that is painted of the area as being a crime-ridden den of iniquity.

Of course, Armley has its problems. According to Leeds Observatory it has one of the highest fifths of deprivation in the city. But the kindness of the community shone through in the darkness of the pandemic.

It proves that Armley people are so much more than just a homogenous group of no-hopers, they are an ‘Armley of Angels. We may not have much, but what we lack in material possessions, we make up for in kindness and generosity.

As Albus Dumbledore from Harry Potter, famously said:
”Happiness can be found in the darkest of times, if one only remembers to turn on the light.” – JK Rowling.