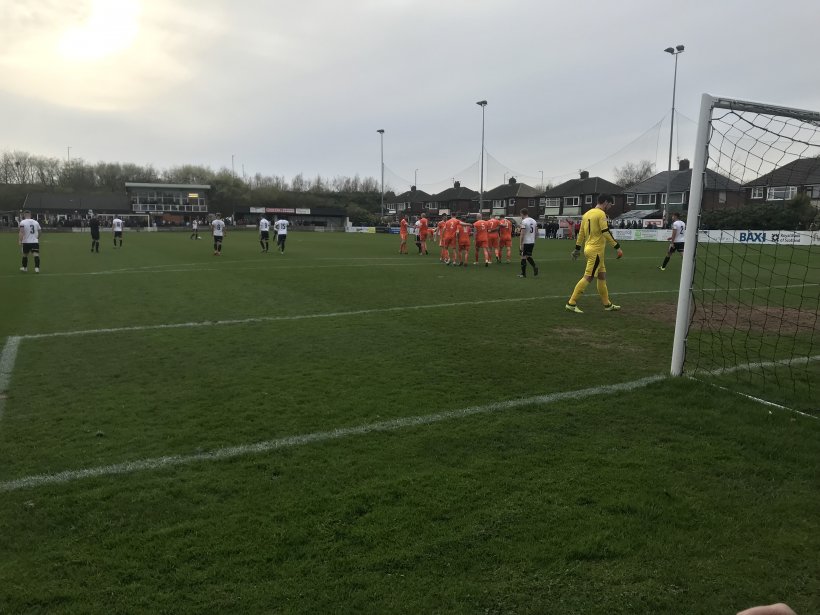 Farsley Celtic maintained their spot at the top of the division with a 3-0 win away at Bamber Bridge, writes Thomas Ritchie.

A Nathan Cartman brace either side of a superb solo strike from Jimmy Spencer secured the three points against a Brig side who rarely troubled Farsley shot-stopper Kyle Trenerry.

Farsley Manager Adam Lakeland was pleased with the result, but felt The Celts could have played better. He said:

“I was disappointed with how we played in the first half, I didn’t think we were anywhere where we needed to be.

“Saying that, we went in one-nil up at half-time and it could have been two or three.

“In the second-half we were better, still not how I’d like us to be, but we were better and looked a threat on the break, with Jimmy (Spencer) scoring a good individual goal.”

After a scrappy opening to the game, Chris Atkinson came inches away from giving Farsley the lead as his deflected strike hit the crossbar, before Dave Syers lashed wide from the edge of the box.

The Celts then took the lead courtesy of a fine effort from Nathan Cartman, receiving the ball from Paul Walker before curling home into the top-right corner from 15 yards out.

As the half progressed the hosts started to pressure the Farsley backline, Adam Dodd whipping in a dangerous cross that evaded everyone, and Alistair Waddecar then fired just wide from 20 yards out.

With the first-half coming to an end Chris Atkinson missed a good chance for the visitors, as he got free on the edge of the six-yard box but failed to connect with Paul Walker’s looping ball.

Jimmy Spencer almost made it two for the Celts early in the second-half, however his snap-shot flew wide of the near post.

Farsley deservedly doubled their lead 10 minutes into the second-half through Spencer, the striker latching onto a long ball from Ben Atkinson before driving towards goal and slotting home after an excellent run.

Midway through the second-half it was almost three, as Ben and Chris Atkinson linked up before the latter drove wide from the edge of the box.

With 15 minutes remaining Bamber Bridge had their best chance of the second-half as the ball dropped to Matt Lawlor inside the box, however the Brig captain’s effort flew wide.

The three points were then wrapped up as Nathan Cartman was rewarded for his tireless running, getting on the end of Jack Higgins’ knock-down to volley home his second from a yard out.

Kyle Trenerry was forced into action for the first time in added time as he comfortably saved Jake Phillips’ header, as Farsley secured their 11th clean sheet of the league season.