The new crossing, near the former Burley Library building, is being paid for by the developer of the 154-bed Glassworks student development which is due to open next month. 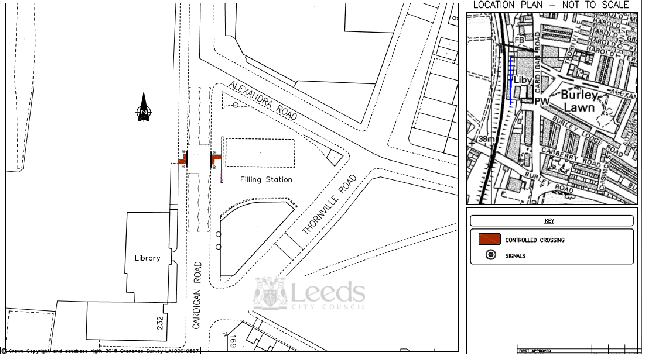 Work is due to start later this month and be finished in time for the new student accommodation opening. A council report said:

“The scheme will facilitate safe and efficient access to the development site for users of the highway network.”

The accommodation was initially refused planning permission by Leeds City Council, but permission was granted in 2011 by an independent planning inspector on appeal.

Details of the council’s decision to release the money for the crossing can be found in this council report. The total cost is £59,760.