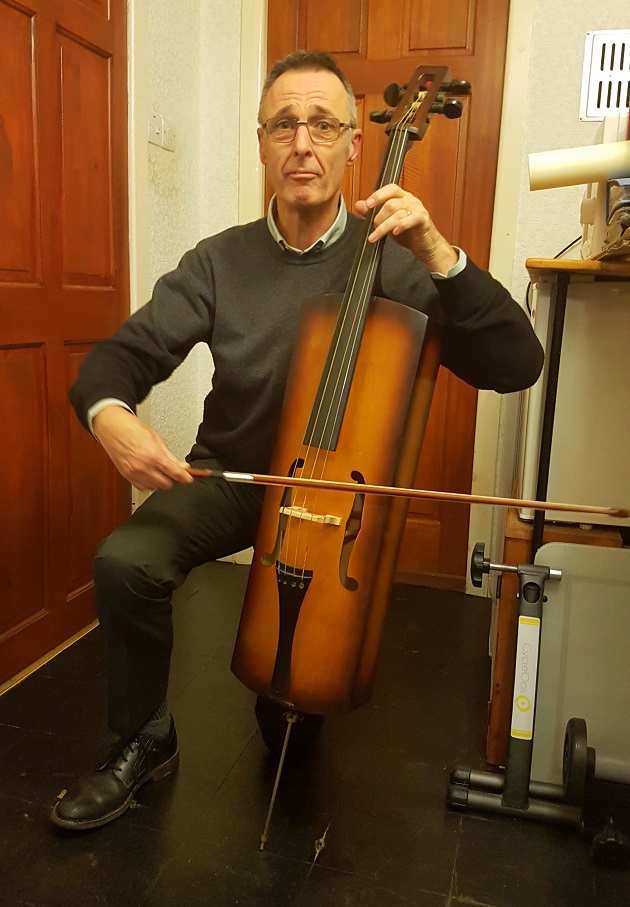 It’s a bit of a mystery how a trench cello, assumed to date back to World War One found its way to the basement of a Pudsey school, writes Anne Akers.

This odd-looking instrument, much narrower than a traditional cello, was found in the basement at Swinnow Primary School, Pudsey, by Len Forbes, who’s a member of staff there. Len, who is also a keen guitarist, was curious about it so did some research.

He found that trench cellos were made for soldiers to play in the narrow trenches during WW1.

They were #made of anything from oil cans to old boxes, but this one seemed to be of reasonable quality, even though it only had three of its four pegs, one of its strings and no bridge. It was destined for the skip, so Len asked permission to take it away, try to restore it and hear it played again.

He couldn’t afford to take it to a specialist restorer, so did the next best thing and gave it to his dad to work on. His dad can turn his hand to pretty much anything practical and for just £30, a bit of searching on the internet and a lot of hard work, the cello was once again playable.

Len took it to a cellist friend who played it and loved it so much, she was reluctant to give it back!

“It has a beautiful mellow sound and must have made quite a sound in the trenches,” said Len.

Now he’s keen to learn more about the history of the instrument as no-one at the school knows how it got there or who it belonged to.

Can you help Len? Drop The Dispatch a line news@westleedsdispatch.com.