Calverley urged to get ‘plogging’ with litter 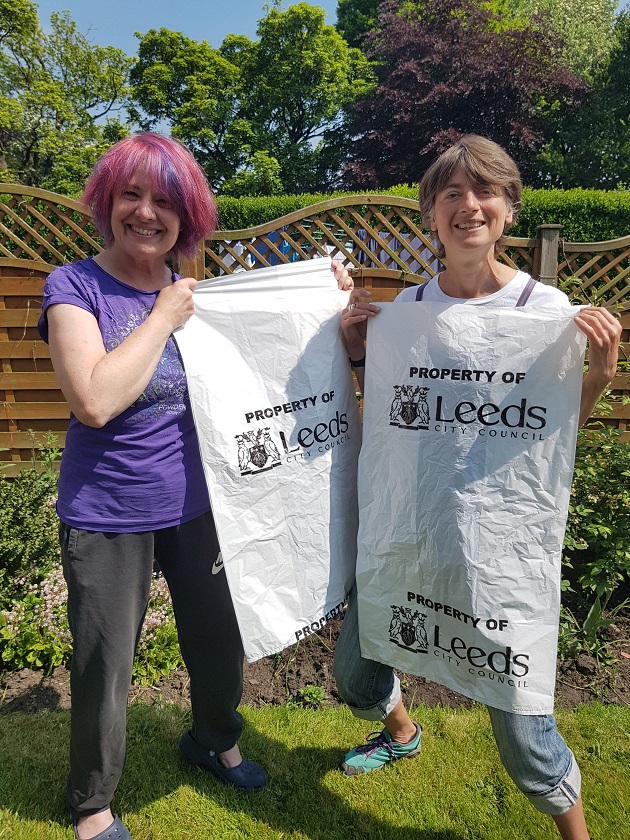 Local people in Calverley are being asked to support an anti-litter campaign to help protect wildlife and keep the village tidy.

Bev Smith, of Calverley Horticultural Society, and Anne Akers, a local runner, regularly pick up litter around the village, particularly anything which would harm wildlife, such as plastic bags, plastic can-holders and rubber bands. Bev said:

“We get a lot of litter along the main road, in the hedges and in the entrance to the woods. Some of it is blown there, some is thrown from cars, some is just dropped.”

Anne picks up any small pieces of litter she can carry while she’s out running, it’s known as ‘plogging’, which started in Sweden and is now popular world-wide. She said:

“It’s one of those things that if we all picked up some litter while they were out and about, the whole village would benefit, not to mention wildlife.”

After picking up rubbish on her way to and from the Carr Road allotments in the middle of the village, Bev contacted Leeds City Council who agreed to provide bags – and collect them on September 15, World Clean Up Day.

Bev and Anne have appealed to others in the village to either pick up litter or plog.

“We have plenty of bags if anyone wants to join us litter-picking. When they’re full, we’ll keep them at the allotments ready for collection on World Clean-Up Day,” said Bev.