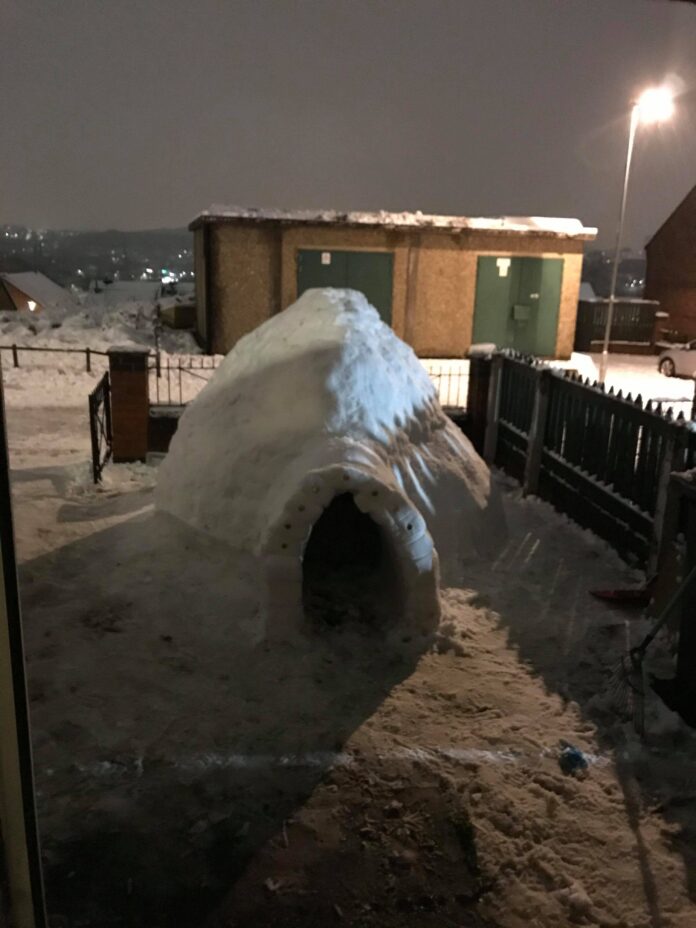 A Bramley man covered himself with glory (and snow) last week, by scooping a prize in the inaugural Leeds Igloo Festival.

Sponsored by Leeds Green Party and Pudsey-based charity Playful Anywhere, the competition encouraged people across the city to get creative in the snow, and build their own igloos – with cash prizes for the best ones. 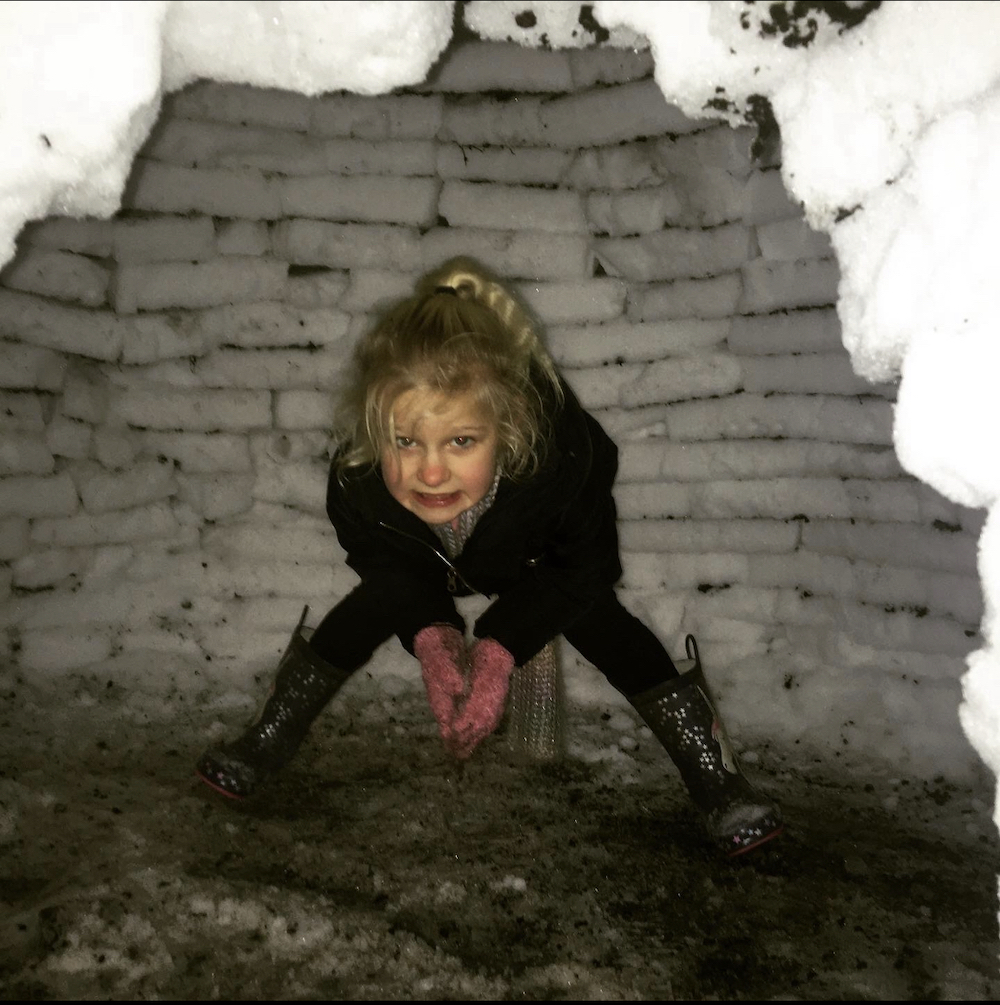 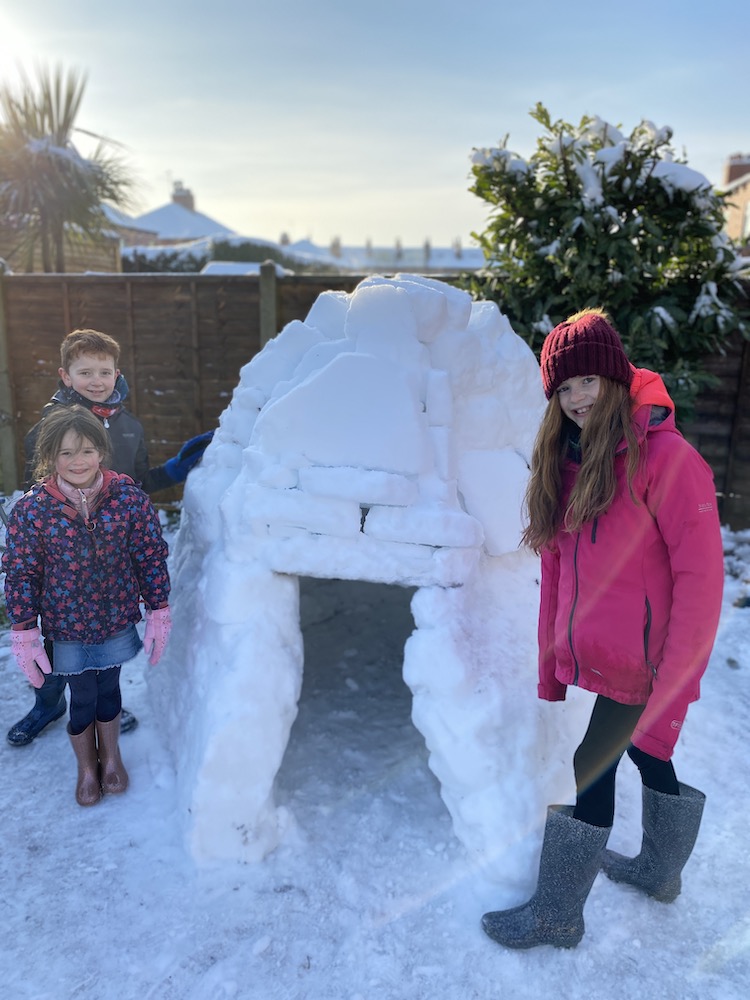 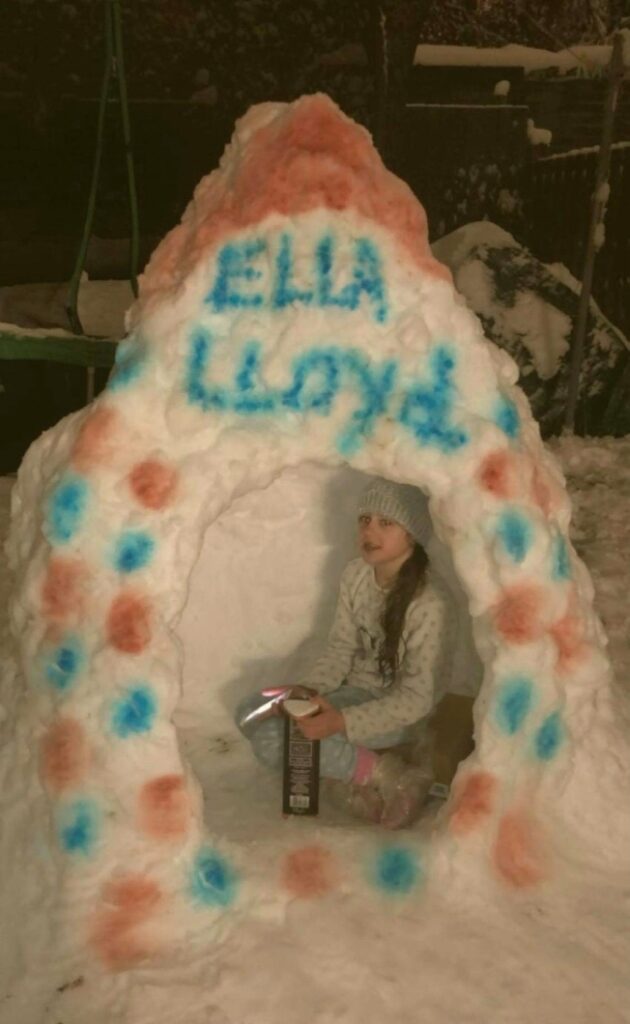 “We did sledging and built a snowman on the Thursday – but I wanted more of a challenge, and to make something for the kids to enjoy, so we made the igloo on the Friday. The kids were supposed to be helping, but they quickly got bored, so it was really just me – for 4 hours. I had to use my imagination, but it came together well, and everyone loved it!”

Congratulations also to the Chadwick family (also in Beeston), and 10 year old Ella-Lloyd Crawford in Belle Isle – who picked up two of the three runner-up prizes.

The final runner-up prize was won by Bramley’s Connor Higgott. He said:

“Me and my mates had never built one before, so we thought we’d have a go.”

A version of this article first appeared in South Leeds Life.