Detectives searching for the mother of a newborn baby boy found outside a Bramley vicarage have released details of the shirt he was wrapped in.

Officers are making the new appeal for information eone week on from the discovery of the baby, which was found next to the doorstep of the vicarage of St Peter’s Church, in Hough Lane, Bramley, at 9.18am on Wednesday, November 23.

He was pronounced dead at hospital and a post-mortem examination has been conducted but the cause of death is currently unascertained.

The baby, which was full term and white, had been left in a distinctive Tesco ‘bag for life’ and had been wrapped in a towel and a shirt.

Officers have said that the shirt is a white, 15-inch collar, man’s shirt made by clothing firm Dunnes. 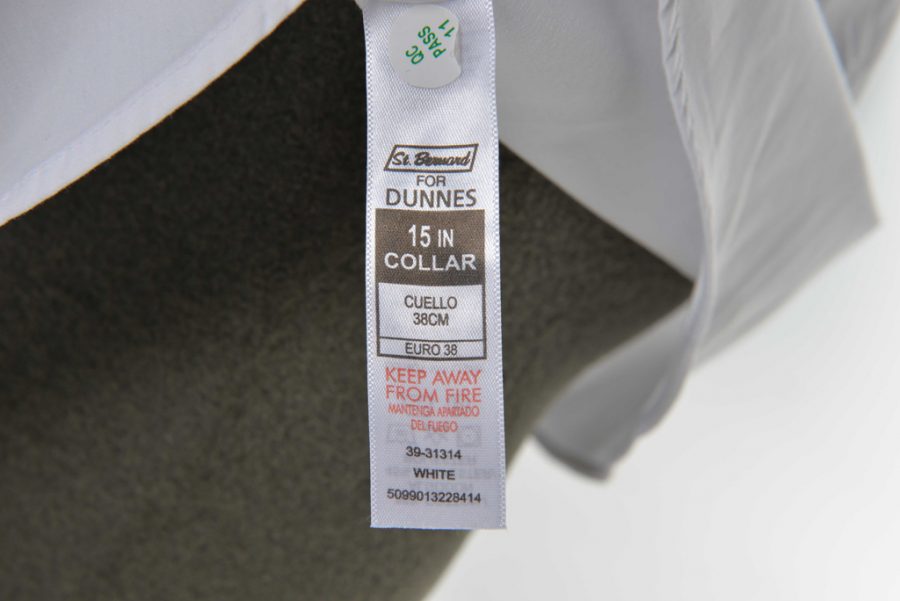 “Although a week has passed since the discovery of this baby boy we still have very real concerns for the welfare of his mother and are continuing to do everything we can to trace her so that she can receive the support she will clearly need.

“There remains a high level of public interest in this case and we are aware that people in the community have named the baby Peter. We hope people will continue to assist us by focusing their attention on the appeal to trace mum.

“The shirt that ‘Peter’ was wrapped in was mass-produced and there will be a number of them out there, but we are asking people to think about this type of white shirt, with a 15-inch collar, alongside a missing Tesco bag for life of the type we have previously highlighted.

“We have found a level of female DNA on the shirt that suggests it was being worn by a female and we hope that will assist in building a picture of who the mother might be.

“I want to repeat that our absolute priority is the welfare of the mother of this baby boy and I want her to know that I am giving my personal assurance that we will do everything we can to help and support her if she feels able to come forward.”

Police are still keen to hear from anyone who saw anyone in the vicinity of the vicarage during the hours of darkness Tuesday into Wednesday or any vehicle.