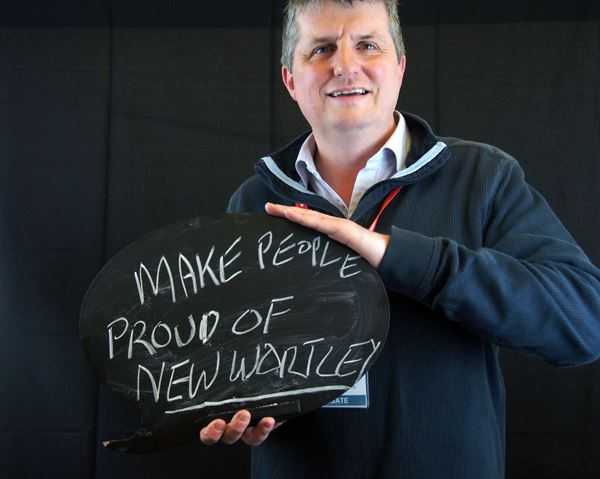 One of the leading lights behind the renaissance of New Wortley Community Centre is leaving to take up a new challenge.

Bill Graham has been at New Wortley since 2010 and in that time has lead a team of dedicated volunteers and staff to slowly transform the neighbourhood and dramatically improve people’s lives.

He’s helped secure funding to build a new community centre building, is leading the charge to deliver innovative support services for people with mental health problems and has championed a new community-owned homes project which he hopes will see new affordable homes built in the inner city area via a newly-created housing association in the next couple of years. 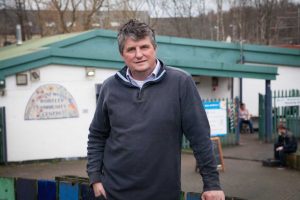 Bill is leaving for a fresh challenge at the end of the month. He said:

“I’ve been approached to work in Bradford and after a lot of soul searching decided it’s a challenge I have got to take – setting up and developing the Community Health Service in North Bradford, Keighley and Airedale.

“This has been the most amazing experience of my life. The people here are amazing. When I came to New Wortley people thought the area was awful, but they don’t think that any more.

“We’ve created an environment where people now feel confident and empowered to do things themselves – when I arrived they were in despair and now they’re quite hopeful and optimistic. There are great people in New Wortley who are heavily involved in their community – which doesn’t always happen elsewhere – and I genuinely believe the area has a great future ahead of it.”

Bill is especially proud of the work carried out to build up creative arts, with a poetry festival, drama events, pantomime and a house band all set up in a relatively short time. Work in tackling mental health issues and social isolation also rank highly.

On his successor, Bill says work is going into defining the role and what the association will need going forward – so there may not be an appointment until the New Year.

Bill says will maintain involvement with the New Wortley Housing Association, which is leading the community-owned housing agenda in the area. He added:

“I want to say a massive thank you to the trustees, staff and volunteers, who have all been fantastic since I started working part-time in New Wortley with Barca back in 2010. They’re an amazing set of people.”

Bill is also leaving his role as trustee at the community-led Bramley Baths. He, alongside former local resident Cat Chrimes, compiled the business plan to take the closure-threatened Edwardian baths out of council control.

And it was Bill who, alongside former Leeds West MP John Battle, also lead negotiations with the council to get the Baths under community leadership.

The Baths became community led in 2013 and hasn’t looked back since, going from strength to strength financially. Bill, who confesses that he’s never actually swum at the Baths, said:

“It’s been an amazing experience to see it grow and flourish over the past five years. The current board has people with a lot of talent and different skillsets to take the business forward and I feel I’m going out on a high.”