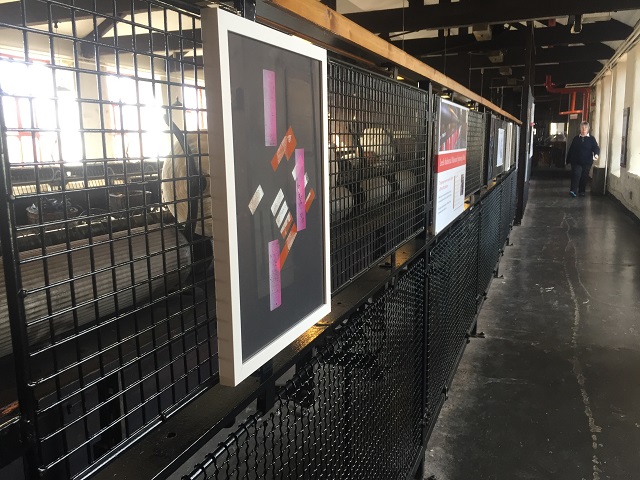 Yesterday was the last day of an exhibition inspired by Armley’s textile mill, once the largest woollen mill in the world, writes Lee Goater.

The Beat Back project started as a throwaway comment, inspired by the Museum and the stories it tells about the area. At its height, it was operating 24 hours a day, seven days a week.

It was industrious, it was at the centre of local life, and it was LOUD. It was probably louder than any gig you’ve ever been to. 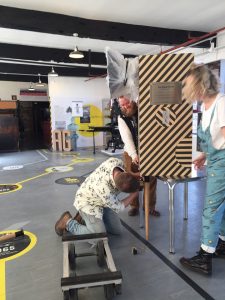 The people on the ‘decks’ were powering huge looms, making machine music, keeping the rhythm going and maintain a beat so that the production line ran smoothly.

We saw a connection between the machine music of the Mill, and contemporary electronic music – not just the beat of the machines, but the way these beats bring people together in work and play; and we wanted to bring the beat back to the Mill, the movement, the music and the power of people.

The work at the Museum was made right here in Armley by four artists – Lee Goater, Aimee Grundall, Roxanne Bottomley and Will Simpson. 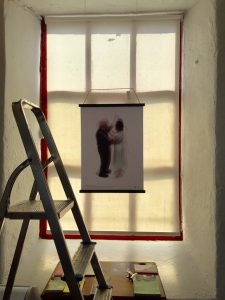 It’s their response having spent two weeks at the Museum, and in the local area, meeting local groups, listening to people’s stories about their own working lives and what happened when they’d clocked off for the day.

We heard some great tales from older people at the fantastic Armley Helping Hands, and made moving image machines / zoetropes with adults at Aspire. We met printmakers who’d worked for years typsetting the local news – while Roxanne worked on the Museum’s Albion Press, hand-printing art for the exhibition.

We also discovered a wealth of common phrases that have come from the Mill Industry, including ‘letting your hair down’ which relates to the women who operated the Spinning Mule and other mechanical looms.

They used strips of wool to tie up long hair at the start of their shift, to avoid getting caught up and scalped by the machines, which they let down again to signal the end of a long hard working day.

Beat Back was designed to give artists a chance to explore and celebrate the rich history of Leeds Industrial Museum at Armley Mills – to spend time making new original art right here in Armley. 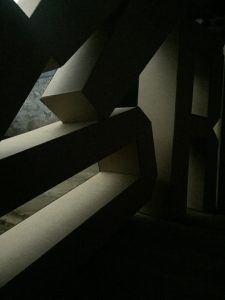 It’s given us an incredible insight into life in the Mill, and a wonderful opportunity to work with the Museum archive, including original 19th century printing presses and letterpress printing blocks – that the public have been able to use at our workshops to make their own prints.

During the residency, we’ve been collecting sounds from the area for a digital archive which will continue and we hope develop beyond this project. It’s online – and you can upload sound files and use what’s there as a resource for your own projects, or to mix and re-mix into electronic music. It’s open source and it’s there to be played with.

Beat Back ended last night with an evening of original, experimental electronic music, art and ink in parts of the Mill you might not have seen before.

This sold-out event brought experimental DJ’s and musicians in to perform at the Mill – putting machine music to the test in this incredible building.

The programme included performances by Pye Corner Audio, Object Blue, Boe&Lx, and a genuinely unique performance by Bambooman (Kirk Barley). Bambooman’s been an artist in residence at the Mill, recording machinery, people, mill songs and more over the last month.

His set was a journey you can dance to that starts with the River Aire and takes you through the wool production process using recordings he’s made here in Leeds, at Bradford Industrial Museum, at Thwaites WaterMill and Middleton/Keighley Railways. He’s also recorded original mill songs with local folk singers Jessica Bowie, Sara Alkins, and poet Donald Vicary.

Beat Back has happened thanks to the support of Leeds Museums, Leeds Inspired and Arts Council England. It’s been better than we could have ever hoped for, thanks to Lucy Moore and her colleagues at the Museum and the good people of Armley, Leeds. Thank you for having us.