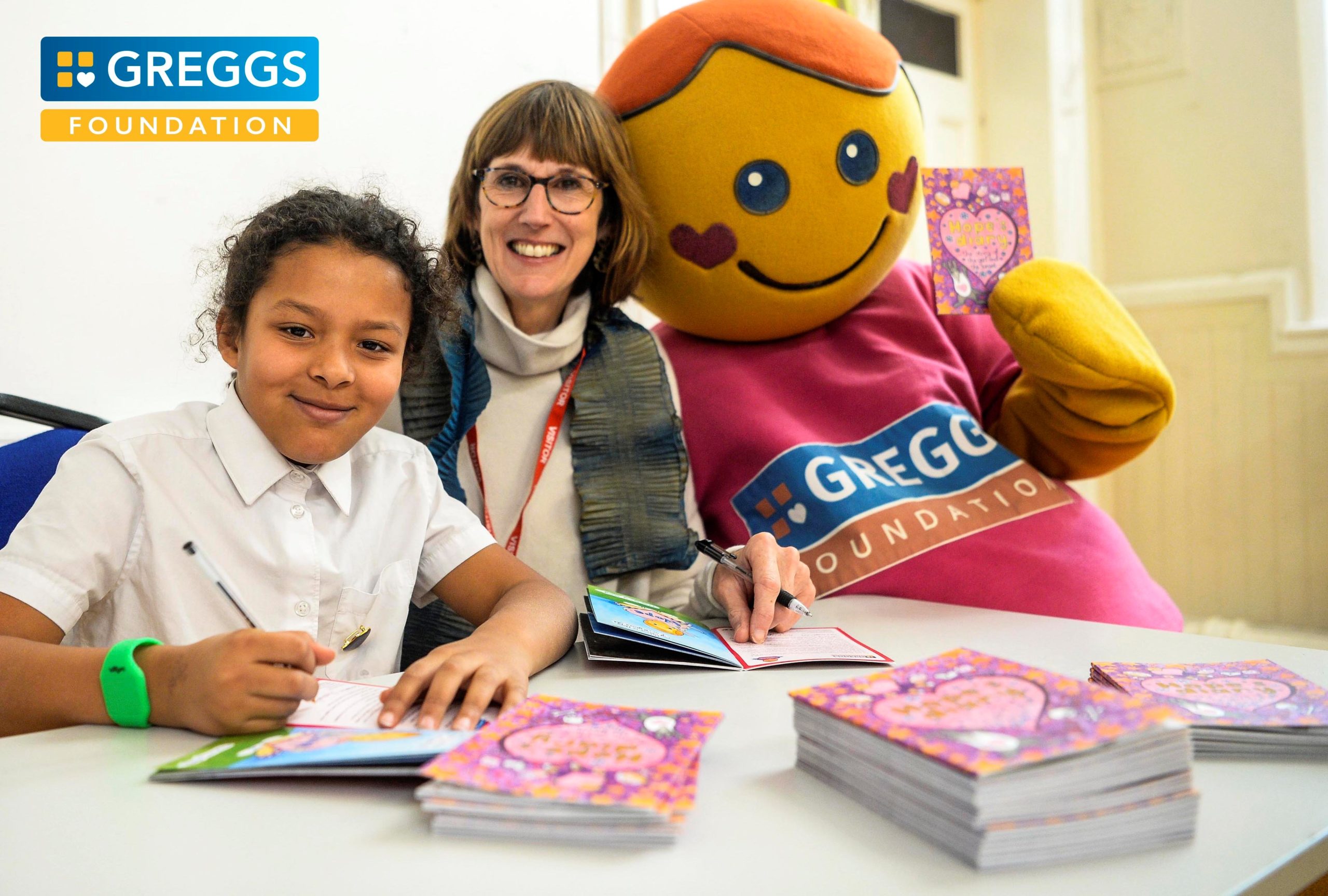 A school pupil from West Leeds has won a national writing competition.

The Breakfast Club, one of the Greggs Foundation’s most successful projects, is celebrating its 20th anniversary.

To mark this milestone, the foundation launched a nationwide competition across its partner schools, offering pupils the chance to win their own published and illustrated version of a story they have written about the Greggs Foundation.

The competition encouraged children to think about character development as well as visual aspects of storytelling, with prompts to help them get started.

10-year-old Anaiyah McIntosh, from Christ Church Upper Armley School, has been selected as the winner of the competition.

Her own short story tells the heartwarming tale about eight-year-old Hope – the Greggs Foundation mascot.

Along with having her story published and illustrated, Anaiyah also received a £250 book voucher for her school and a children’s Kindle Fire, a Leeds United Strip and a goody bag with surprise gifts for her to enjoy.

Anaiyah’s book was illustrated by Nicola Davison, who said:

“It feels so much more impactful to illustrate a story written by such a talented young author in the spirit of Hope, which applies to us all – adults and children alike.”

“We are very proud of Anaiyah for winning this competition. She clearly put a lot of thought and effort into her entry – a thought-provoking short story, with a powerful female lead triumphing over adversity – well done Anaiyah!”

Since 1999, the clubs have been set up across the country to help primary school children get a nutritious start to the school day.

There are now 535 Breakfast Clubs throughout the UK.