Appeal for witnesses as Bramley church is vandalised 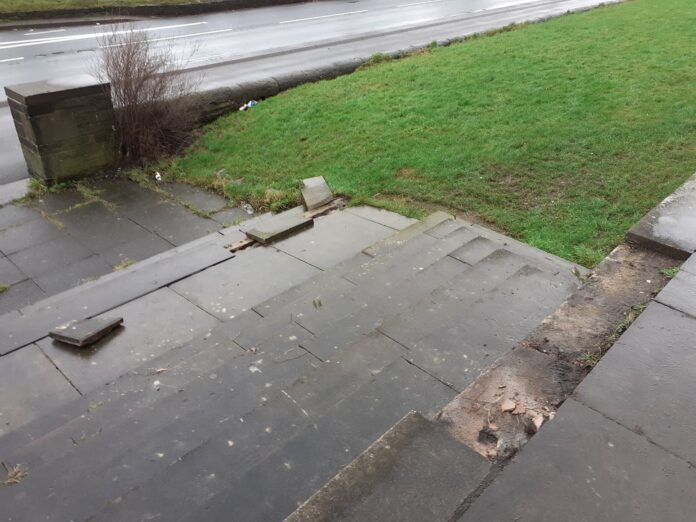 A Bramley church faces a £1,000 bill after vandals inflicted ‘serious criminal damage’ to the building over Christmas and New Year.

Paving slabs up to six feet long, which form the steps to the Venerable Bede Church on the Stanningley Road side, were torn up and broken up on 21 December and on Christmas Day.

About £1,000 worth of damage has been caused, the church has said via social media.

Five windows were also smashed with stones on the north side of the church.

If anyone can provide any information, call police on 101.

As previously reported by WLD, a consultation into the proposed closure of the church later this year is currently being held. Voluntary Action Leeds (VAL) wants to transform the building into a community space led by young people, offering activities for people of all ages in West Leeds.