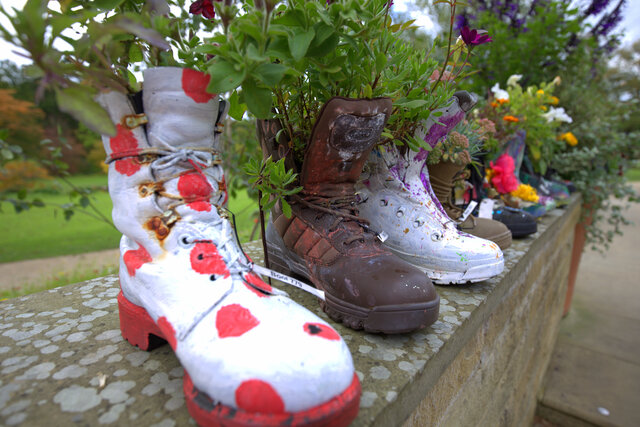 The organisers of Calverley’s annual show had such a good response to their virtual event last year that they have added a one-off spring show, to cheer people up during lockdown.

Calverley Horticultural Society’s 99th show had to be held virtually because of the pandemic, but it ended up being an amazing success, attracting 800 entries, with a couple from as far away as Australia, the granddaughters of a village resident.

Show secretary Bev Smith said that while nearly every other show was cancelled, Calverley could hold one thanks to a computer programmer who was part of the committee and could design the website.

“The feedback we received was so positive we thought that people would like the chance to show us what they’ve been doing since the summer, particularly during the second and third lockdowns,” she said.

This will be the first spring show ever in Calverley, in the year the summer show celebrates its centenary.

“People have been spending a lot of time in their gardens and they have been doing a lot of arts and crafts. As it stands, not many of us can see the results of all this work, so we thought an extra show would give them the chance!”

Classes include gardens, hanging baskets, troughs and indoor spring flowers, as well as art, crafts and needlework, with separate photography classes and classes for children. Entry is free and while there won’t be any prizes, they will be judged, with first, second and third places awarded.

Anyone can enter, just by registering on the website, with one photo per entry and no limit on the number of entries.

Bev said they hoped to hold the centenary show in August ‘live’ and would invite winners to the join the celebrations.

“It’s a bit of fun and it’s free, so we hope people will take part, they don’t even need to be from Calverley. It will definitely cheer us up to see how creative everyone has been – and we all love to see spring flowers.”

For those who don’t have any bulbs to show, downloadable colour-in and cut-out daffodils will be made available next month. These will be displayed in windows and will form a daffodil trail around the village.

Entries can be made anytime from now until Easter Sunday (4 April). The website is here.

Facebook
Twitter
Pinterest
WhatsApp
Previous articleFarnley Reservoir to be drained as maintenance work is scheduled
Next articlePaul Abraham: Is SAD getting you down? Five tips which may help…