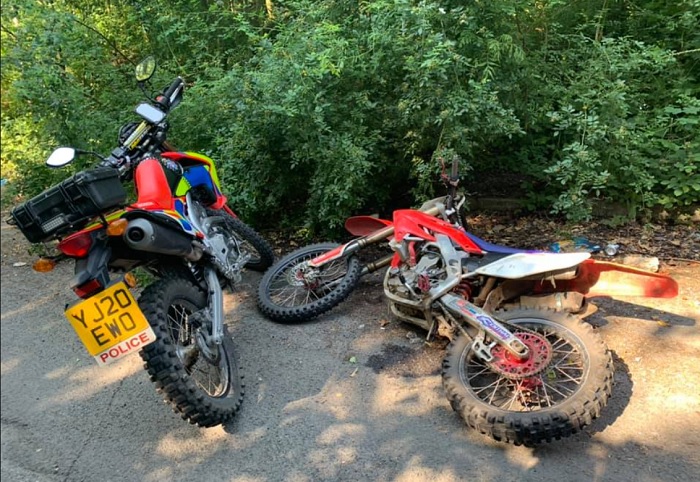 “Fortunately they didn’t see or hear us until it was too late. This is most likely due to their ridiculously loud exhausts and their clear lack of observation skills. Our encounter ended with our police bike sat on top of one of their suspected stolen bikes.

“We only had to turn the corner to find another rider who had not renewed his CBT. This bike was reported only last week for being a nuisance. The bike was seized and rider will be receiving points and a fine.

“The third was on the way back to the police station for some quality H2O. Again, the rider of this silver bike was all insured, however they had not done their CBT. The bike was seized and the rider had a nice walk home in the sun.”

Police have recently been cracking down on off-road bikers, with operations in Calverley and New Wortley.