Busy Swinnow Road is set to close for five weeks throughout the summer to allow for major carriageway reconstruction works to be carried out.

The closure – for 24 hours a day between 23rd July to 31st August 2018 – will mean disruption to a number of buses in the area, as well as inevitable traffic delays. The road will close between Intake Road and Swinnow Lane.

In order to ensure there is a bus service serving the area during the works, a free shuttle bus operated by Fourway Coaches will run between Pudsey Bus Station and Swinnow.

“I have been talking to Metro and have explained the big impact these works are going to have in the area, so there will be a 15-minute free shuttle bus between Swinnow and Pudsey Bus Station.

“It will be frequent enough to make sure people aren’t too inconvenienced. There will inevitably be some delays but I hope this will help ease some of the pain.” 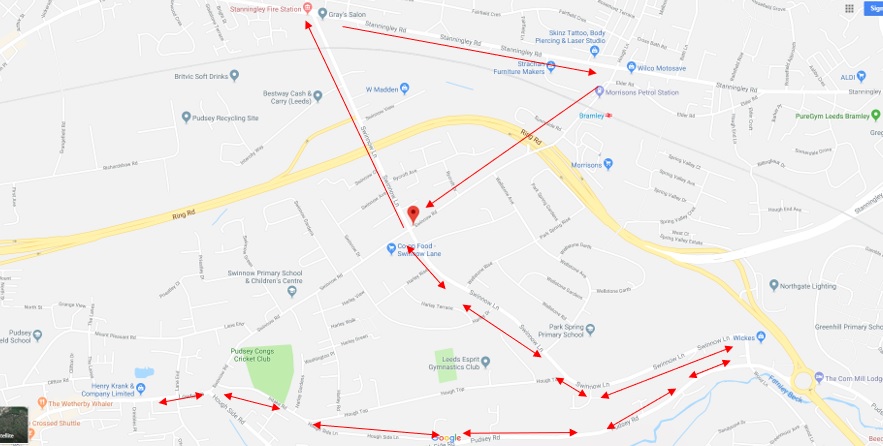