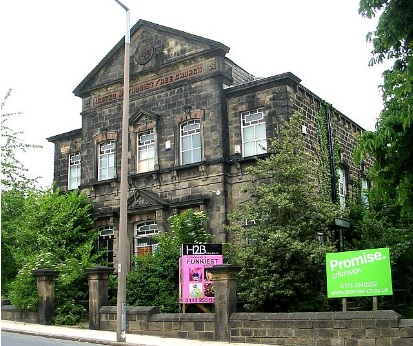 A former photography studio and Methodist chapel in Rodley will become a block of 14 apartments after plans received the green light.

Horsforth-based developer Kippford Developments successfully applied for a change of use of from photography studios and offices in Rodley Lane to 14 apartments, including a two-storey side and four-storey rear extensions.

Four one and two-bedroom apartments will be developed on the lower ground, ground and first floors, with a new second floor created in the roof containing a further pair of two-bed flats.

There will be 19 on-site car parking spaces.

The plans are based in the empty Old Chapel, which developers describe as ‘somewhat tired’. In a planning statement accompanying the application, they say:

“The proposed scheme represents a sensitive evolution of the building with well considered amendments and additions. The alterations will make the most of the opportunity that the site presents and sit well with and respect the traditional character and appearance of the building.

An attempt to transform the 19th century chapel into residential was started in 2011 before being abandoned.

View the plans in full here.