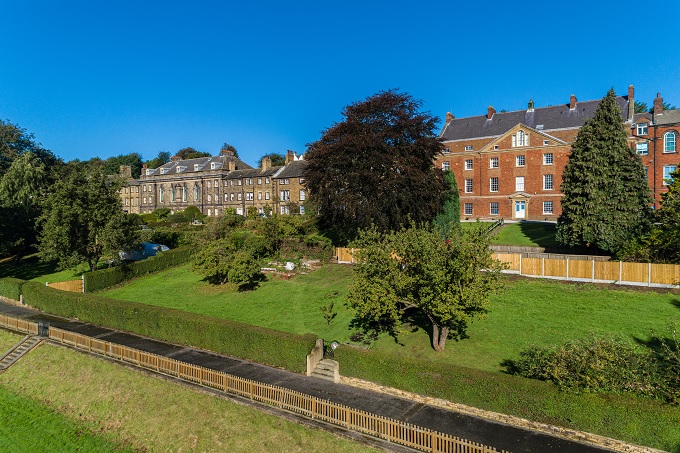 The actress, known for her roles in TV series The Avengers and Game of Thrones, as well as James Bond’s wife in the film On Her Majesty’s Secret Service, passed away on Thursday at the age of 82.

The Fulneck School community is deeply saddened to learn of the death today of Dame Diana Rigg.

“Dame Diana Rigg, known for her roles in TV series The Avengers and Game of Thrones, passed away on Thursday at the age of 82.

“Dame Diana began her career at Fulneck School, then a Girls’ School, in 1950, leaving at the age of 18 to attend the Royal Academy of Dramatic Art in London.

“There seems to be little doubt that she discovered her love for acting through the school’s long-serving drama teacher, Sylvia Greenwood. The two kept in touch for many years, with Dame Diana contributing her own poem of thanks to Mrs Greenwood in 1994.

“At the time, Dame Diana said that “She is unique and I owe her my life in the theatre.” Mrs Greenwood described Dame Diana as self-disciplined and determined, “a very free spirit with a mind of her own”.

“Whilst still at school, Dame Diana’s parts included Orlando in ‘As You Like It’ and Emily Bronte in “The Brontes.” Mrs Greenwood worked closely with her for the audition for RADA and Dame Diana then made her professional debut in 1957 York Festival.

“Fulneck School pupils remained familiar with Dame Diana as her career took in both Doctor Who and Game of Thrones. Dame Diana, having just returned from life in India to austere post-war Yorkshire, described herself as being “like a fish out of water” at Fulneck.

“Later in life, with the late Mrs Greenwood in mind, she wrote that her time here had given her unshakable belief in her potential and confidence to achieve beyond her wildest dreams.”