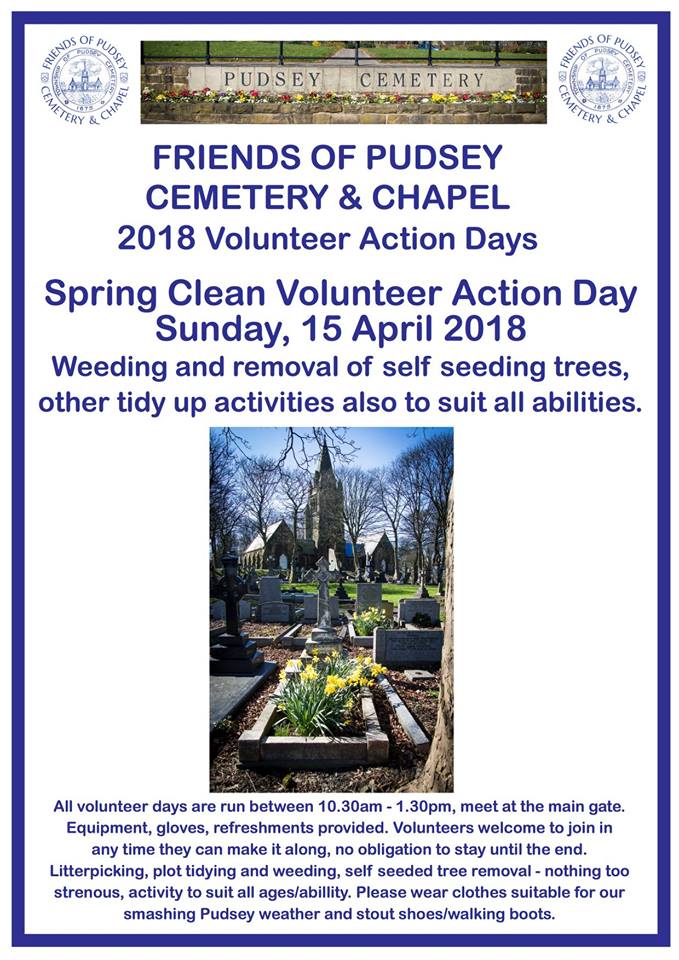 A group of volunteers aiming to restore Pudsey Cemetery to its former glory has announced a new date for its spring clean action day.

The Friends of Pudsey Cemetery and Chapel event had to be rescheduled following the recent cold snap and snowy conditions – but a new date of Sunday, 15 April has now been announced.

Activities will include weeding, the removal of self-seeding trees, litter picking and general maintenance.

The event starts at 10.30am – people of all abilities welcome to attend.

Five volunteers from the Pudsey in Bloom group have tidied Sparrow Park in Pudsey this week.

However the group is urging dog walkers to pick up after their animals.

“… It was very frustrating, as before we could start work we had to clear piles of dog pooh from the grass and the central bed!

“THANK YOU to all of you who take your dogs in there and clear up after them, but we wish the few that don’t clear up, would start doing that! Fortunately I had bought some dog pooh bags, but never thought we would use 23, yes TWENTY THREE of them today!”