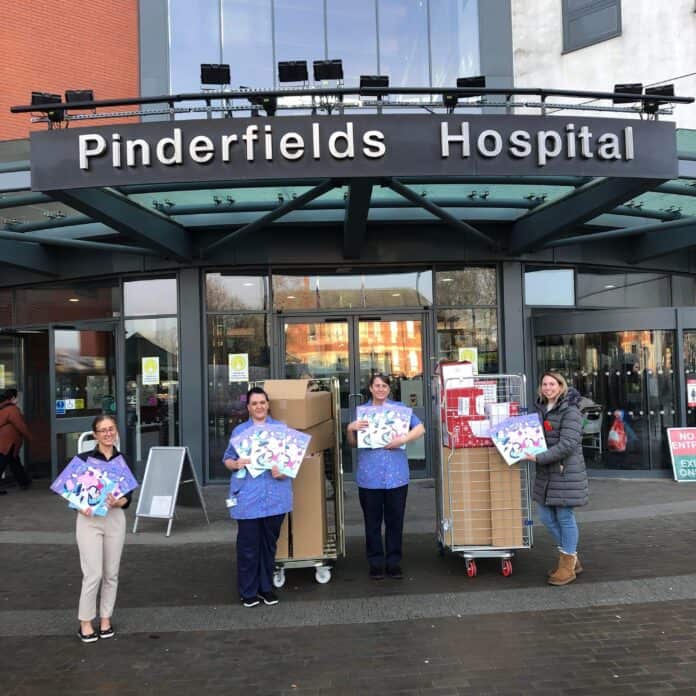 A Pudsey mum has collected a record number of advent calendars for patients in Leeds
Children’s hospitals.

Clare Chapman was inspired to start the collection – which is now in its fourth year – after her son Finlay received an advent calendar during a stay in hospital.

Clare said: “We were in and out of hospital for long stays. We happened to be in on 1 December and when we woke up we got an advent calendar that one of the nurses bought out of her own money.”

Clare described the impact this gift had: “When in hospital you feel you are stuck in four walls and unaware of the outside world. It made me realise that someone cared. An advent calendar is not like a toy. It’s 24 days of happiness for kids to look forward to.”

The number of calendars Clare manages to collect each year has grown from 300 in the first year to over 1,600 calendars last year. These were donated to six different hospitals in Leeds and West Yorkshire as well as to child carers through Barnandos.

As the reach of the campaign has grown so has the need for different calendars that cater
for the illnesses and allergies of a wide range of patients.

“We try to vary what we get. We get non food, dairy free, book and sensory advent
calendars so everyone can get something,” explained Clare.

This year Clare was worried that she would not meet her target due to the added challenge
of the cost of living crisis, which has meant that people have less disposable income.

She said: “This year has been slow. Advent calendars have gone up in price from around £1
to £1.29.”

The calendars were distributed to seven locations across West Yorkshire including the LGI,
Pinderfields Hospital and Leeds west social services.