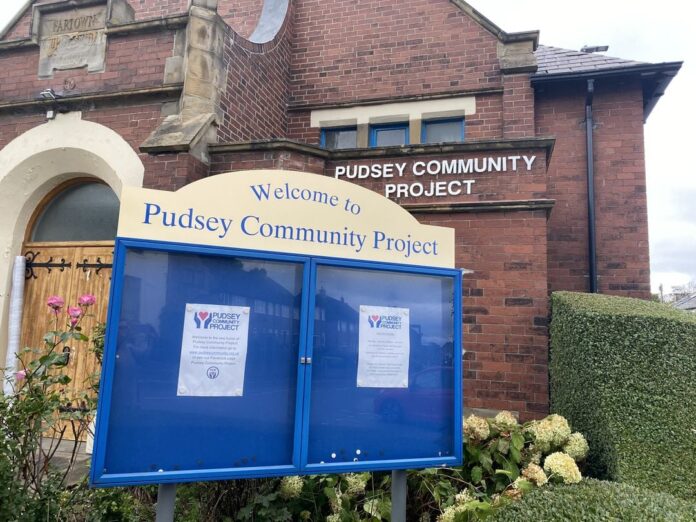 Pudsey Community Project is opening a new community pantry to support those that may be struggling handling the rising cost of living.

Located on Fartown in Pudsey, the pantry will open tomorrow (Wednesday, 8 June) local residents can use the pantry on Wednesday evenings 6pm-8pm and on Friday evenings, 10am-12pm.

Pudsey Community Project (PCP) is a local charity that stepped-up during the Covid-19 lockdown by providing an emergency food bank in Pudsey.

Since their food bank opening, PCP have aided the community in many other ways, including a Reduce-Reuse children’s clothes exchange, a seniors’ lunch club, and now the new community pantry.

The pantry itself requires a £3.50 membership fee, which entitles the member to food, worth roughly £20, saving members a possible £800 per year.

Naomi Hill, the project manager of PCP, said the pantry creates a longer-term option than a food bank for residents who are struggling, but not yet in crisis. Speaking to WLD, she said:

“Every call I get at the moment is people struggling with the cost of living, so it’s food and fuel. saving money on food is a good thing, so they can then put it towards something else that they also need, like rising energy costs.”

“We have had a lot of interest in the pantry so far, and we haven’t started it yet. but we say anyone who is struggling with the cost of living can apply, as long as they are in our area –  which really could be just about anyone at the moment.

“It’s about choice and dignity, people are able to come in and chose their food and pay a small amount and get more value. There’s often not a lot of support available for people who are already receiving benefits and the stuff they are entitled to.”

Not only is the PCP aiding the local community, they also are aiding the environment. The majority of food featured in the weekly food bank and upcoming pantry are supplied by FareShare and Rethink Food.

These two organisations are determined to stop food waste. They do this by intercepting food products that would be wasted by supermarket chains because it’s sell-by date is expiring shortly or something as tedious as a printing error.

“It’s fresh stuff that’s near its expiry date, if the outer-packaging is ripped or something, they can’t sell them or they don’t because it’s not worth the shelf-space because they have to reduce the cost so much. So they will give that to us. It’s stuff that would go to waste, but it’s all perfectly good food.”

As well as the food supplies being environmentally mindful, the groups Reduce-Reuce Children’s clothes exchange also applies a similar approach. Naomi explains: “Kids grow out of it so quickly that we are just encouraging people to reuse stuff, and again we are saving them money but stopping the clothes that are going to the landfill.”

The PCP has around 30 dedicated volunteers who work across the organisation’s various projects, with Naomi highlighting the public’s response: “We put out a request for volunteers for the pantry on Facebook  and we’ve got a really great response from that. It’s great that it’s a community project run by and from the community.”