Outlaws put to the sword by buoyant Bramley Buffaloes 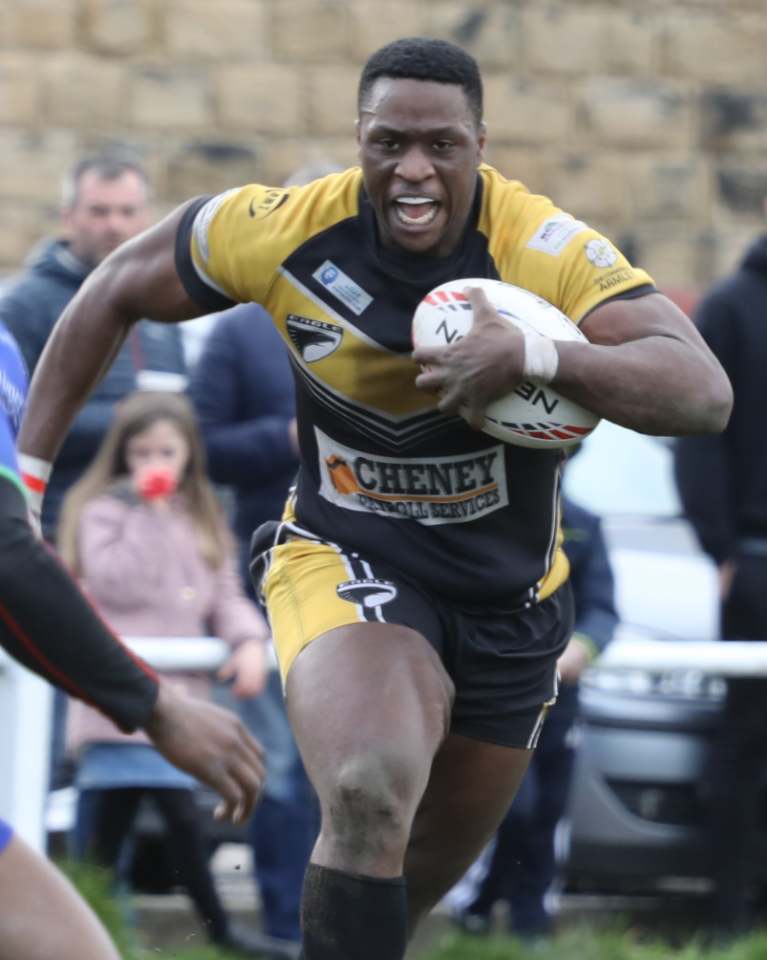 Bramley Buffaloes were at home for the third successive weekend in the Forty20 Cup, having been drawn at home against Nottingham Outlaws in the Quarter Final Stages, writes Martyn Cheney.

The Nottingham club are old foes from our National League 3/Rugby League Conference Days, and since the demise of the Conference South division the Outlaws have been in the Yorkshire Men’s League, which is a great addition.

The weather was a million times better than our previous outing against Stanningley in the torrential rain of last weekend, although it was still cold which is to be expected for two days into spring. 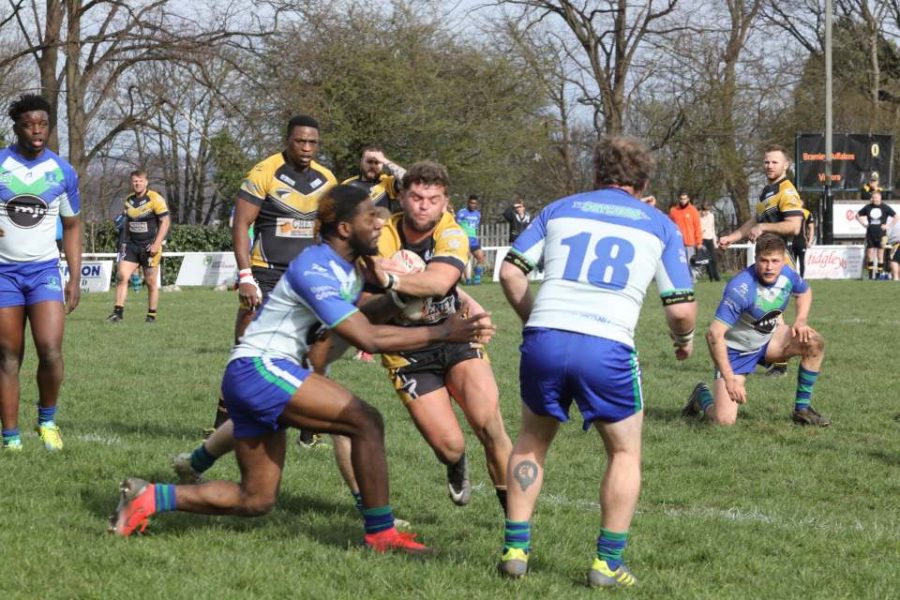 The Buffaloes were missing a few players from the previous games through work commitments and injury, but Tom White and Danny Steel stepped up from the bench to fill in where required.

The first quarter of the game was spent with both teams testing each other, looking for gaps in the defensive lines and trying to get the upper hand in both attack and defence.

Just before the 20-minute mark the Buffaloes found the opening they were looking for when Tom Langton, Burst through the Outlaws’ defenders for the opening points of the afternoon. The conversion was unsuccessful, giving the Buffaloes the lead 4-0.

In the 23rd minute centre Kieran Hudson Barged his way through the defenders for his first try of the afternoon, with no conversion added, the Buffaloes lead was doubled to 8-0.

On 31 minutes Substitute Brooke Flynn finished an excellent move that saw the ball been swept from left to right, across the pitch, for an unconverted try taking the lead out to 12-0.

On the stroke of half-time, winger Rob Brown thought he’d crossed the line for the Buffaloes fourth try of the afternoon, but the referee deemed that he had gone into touch and the try wasn’t awarded.

Straight from the kick-off, Hudson broke free of the defenders and crossed for his second try of the afternoon. The conversion was unsuccessful, taking the lead out to 16-0.

Eight minutes later and Hudson completed his hattrick, on the back of a break from standoff and Buffaloes Man of the Match Connor McGill, who raced 40 metres before being brought down be the scrambling defence. From the next play Hudson was away and crossed for his try. This time McGill was on target with his conversion, making the score 22-0.

In the 55th minute, Langton crossed for his second of the game, after hooker Jake Barnett drew the cover defence, with a dummy, leaving a gap for Langton to stride through, Kieran Foster-Matthews was successful with the conversion, making the score 28-0.

Just before the hour mark in the game and Daniel Baranyi capitalised on a free-flowing move to score his first try of the game, with Foster-Matthews successful with the conversion. Making the score 34 nil to the Buffaloes.

On 62 minutes, Full back Tom White chimed into the attacking line and scored his first try of the season. Substitute Tom Jenkins was unsuccessful with the conversion, extending the lead to 38-0.

In the 65th minute, Daniel Baranyi crossed the line for his second try of the afternoon. Jenkins was just wide with the conversion attempt. This extended the lead to 42-0.

In the inquest behind the Nottingham line, after the try was awarded one of the Nottingham players got the referee’s attention and reported that a Bramley player had bitten him.

Before the restart of the game, the referee called the captains to him and explained that he hadn’t seen the incident and there was not a lot he could do, before calling Cameron McLachlan over and sending him off for the event.

Nottingham tried to capitalise on the extra man advantage the now had during the rest of the game, but the scrambling Buffaloes defence rallied and kept them out to keep the away team’s score to nil.

The Buffaloes are through to the semi final of the Forty20 Cup, along with Oulton Raiders, Cutskye Raiders and East Hull. The draw will be made on Monday 25th March, and as soon as we know the arrangements for the game, we will post on our social media channels.

The semi-finals are due to be played next Saturday, 30th March 2019.

Men of the Match –