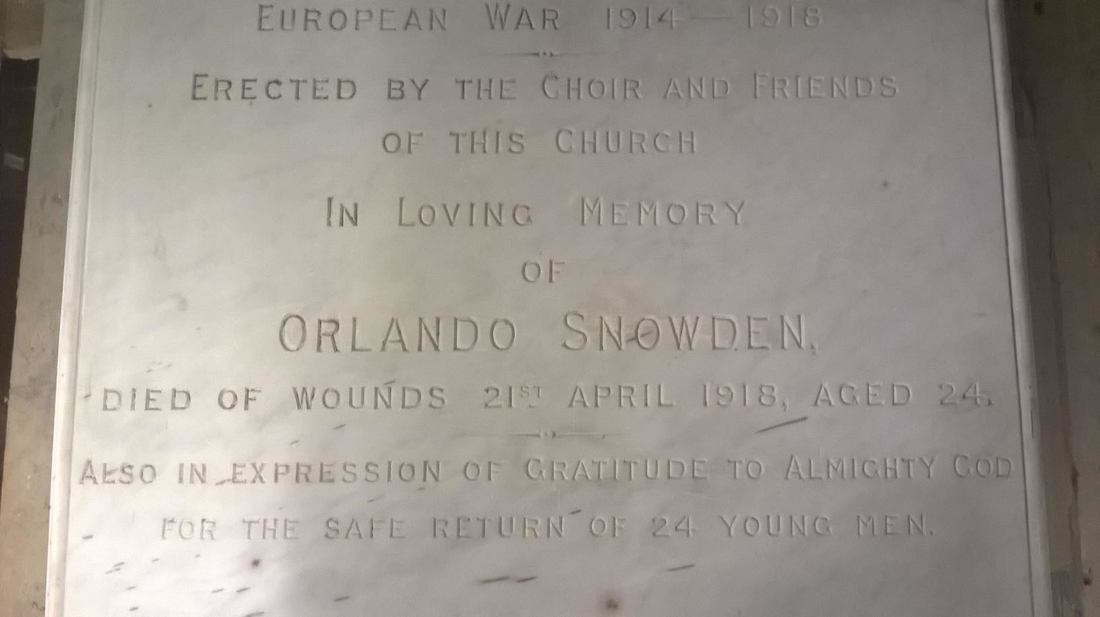 A service of remembrance will mark the life of Stanningley soldier Orlando Snowden exactly 100 years after he died from his injuries in World War One.

His original “lost” war memorial was recently discovered in a local Congregational Chapel cellar. And following a successful appeal for relatives on BBC Look North, the circumstances of Orlando Snowden of the East Yorkshire Regiment are steadily coming to life.

“We know that he was born in 1893 in Farsley, only son of Robert and Harriet Snowden of School House, Bradford Road, Stanningley.

“He worked a pawn broker before being called up on May 30th 1916, eventually being sent to the Front with the 1st Battalion the East Yorkshire Regiment in 31st March 1918.

“He quickly found himself in a desperate battle around the Belgian village of Wytschaete as the East Yorks bravely defended Hill 80, allowing the rest of their brigade to retreat to safety.”

Orlando, who was aged 24, received a gun shot wound to the right leg and died of his injuries whilst being evacuated to England. He is now buried at Mont Huon Military Cemetery in Seine-Maritime, France.

The service will be held on Saturday, 21st April, from 1.30pm in Pudsey Cemetery. Meet by the Chapel from 1.20pm – all welcome.

“We are hoping to have representatives of Orlando’s family present, along with members of Pudsey & Farsley Royal British Legion Branch, Pudsey & District Civic Society and the Friends of Pudsey Cemetery and Chapel.”