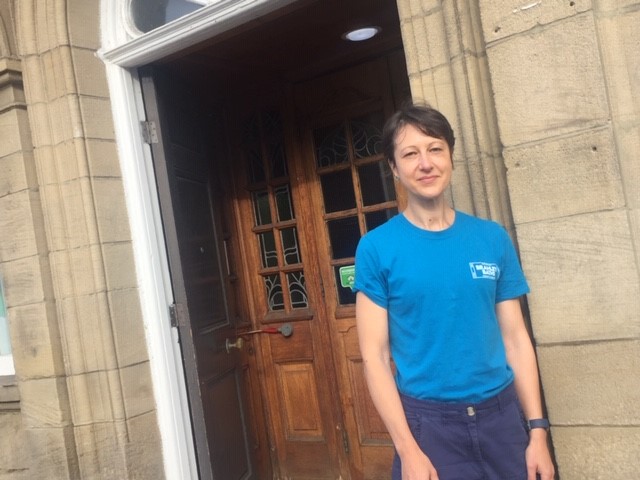 Historic Bramley Baths has appointed a new chief executive to lead it into the next stage of its development.

Jayne Young, 42, arrives at the community-led leisure facility from the National Coalmining Museum near Wakefield, where she worked for 13 years.

She joins the successful social enterprise, which employs more than 40 staff, as it looks to invest in its historic building. Ms Young said:

“I am thrilled to join the fantastic team here at Bramley Baths – it really does live up to its reputation for being the ‘friendliest baths’. The staff here have been so welcoming and I’ve been really impressed by their professionalism, loyalty and commitment.

“I would like Bramley Baths to be known as a centre for health and well-being. Investing in staff and working with community partners to bring new people to the baths are the next key areas to focus on.

“My background is in education, culture and heritage and I am looking forward to working with the team to restore areas of the building, create exciting events and develop new partnerships. There is a lot to learn, but I like a challenge!”

“Jayne brings a wealth of management experience with her and has plans for the Baths to be a catalyst within the community, reaching out and strengthening our relationships with local stakeholders.

“We’re looking to Jayne to champion Bramley Baths as a deep-rooted community led project which can act as a catalyst for community regeneration in Bramley. Jayne and the team will now take us forward into the next decade.”

Ms Young succeeds Sue Stones, who left in July to take up a new position at Leeds University Union.

In January the Baths benefited from £500,000 work to create an eco-hub to help its Edwardian building run in a more environmentally friendly manner. Work included installing new boilers and a new state-of-the-art pool plant, with new filtration system, pipework and valves. New air conditioning and climate control measures were also put in place.

Grade II Listed Bramley Baths dates back to 1904 and has been an independent, community-led leisure facility since 2013.