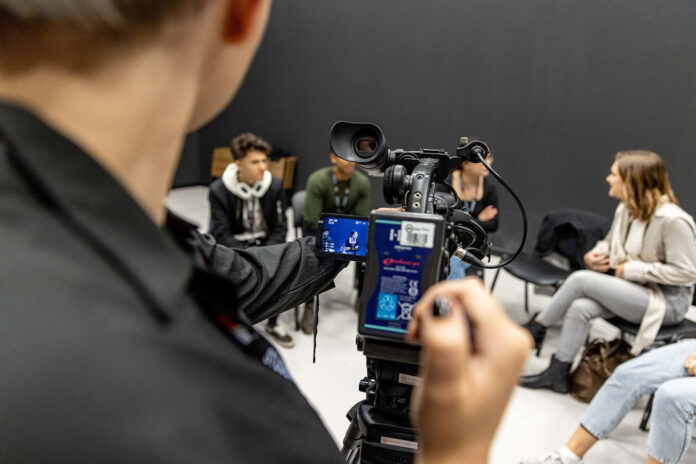 One of screen industry’s leading film schools is bringing a new campus to studios in Kirkstall Road.

MetFilm School will invest more than £6m over five years to bring a new campus to Prime Studios, at 94–96 Kirkstall Road. The school currently had campuses at Ealing Studios, London and Buff, Berlin.

Within three years the school aims to have more than 200 students, enrolling approximately 100 per year. It will offer five graduate and masters’ degrees.

“We are so proud to be launching MetFilm School Leeds. It has long been an ambition of the school to open a campus in a second UK city.

“Channel 4 moved its headquarters into Leeds a few weeks ago, joining ITV and BBC in having a permanent presence in the region, and a host of production companies have also made similar moves. When the industry grows, it needs space as well as talent, and the county is proud to boast several new studio developments.”

“There are always a lot of series and films shooting in Yorkshire, and many more leading production companies shooting and based in Leeds, Manchester and Liverpool, so the three cities create a ‘northern circuit’ for filmmakers and actors.

“Working in the north of England is the same as working with creative, skilled professionals anywhere, the only difference is that film and series tend to have a different cultural identity depending on where they are set, a fresh perspective.

“I studied for my MA in Film Production in Leeds years ago and it’s a great city for students, friendly and small enough to walk around but with cool cafes and bars and an indie streak running through its music and arts scene.  Met Film School has a similar ethos that makes it a natural fit for Leeds.  Our emphasis on student centred learning taught in highly practical classes by a community of industry professionals is what I am proud to be part of as a tutor.”

A special launch event will be held at the studios on Friday.