Decision makers at Leeds City Council were told they had got into a “mess” over the authority’s planning policy.

It came at a full council meeting today, where members were due to vote on a review of the authority’s core strategy, which decides how many houses should be built in the city over the next decade.

After being given targets from central government in 2014, the authority had originally predicted it needed to build 70,000 new homes by 2028, but this was recently revised down to 52,000 homes by 2033.

But Leeds City Council’s Conservatives wanted the target revised down even further, to around 42,000.

“The Tories keep coming back to the issue of planning. Why?

“It is because there is nothing else you can talk about.

“You are causing confusion and mayhem because people don’t have a good grasp of the issues.”

“But it is too late now. It would take a powerful person to admit they were wrong.

“We have got it totally and utterly wrong.”

Liberal Democrat councillor Colin Campbell (Otley) told the council’s ruling executive board that it had taken too long to put the core strategy together, adding: “The mess is of your own making.

“We are in a situation where housing pressure is considerable. You have made us a hostage to developers. No site is safe.

“I would like to vote against this, but what can we do? We have to move it forward one way or another, and this has put us in an impossible position.”

The authority is currently going through a public inquiry on its core strategy’s site allocations plan, which will decide broadly where the houses will be built in the next decade.

“We should be setting the numbers, and then allocating the sites. And we should get this down to a sensible target as soon as possible.”

Labour Councillor and head of the development plans panel Peter Gruen (Corss Gates & Whinmoor) hit back, claiming many developers don’t bother building once they have permission. He said:

“When you get planning permission, go out and build it!

“There are 18,000 units that have planning permission in this city and have not been started.

“Why have (the Conservatives) not asked their government to be more lenient about the planning system?

“The government is hand-in-glove with the developers.”

“We have been challenging developers on this for years. It is a disgrace.

“Members on your side have been telling people in this city that sites in their ward have been saved from development. They have not.”

“There are fery few members that have said anything interesting, some have been downright misleading.

“We represent a whole city, not just the outer areas.”

The plans were voted through, with the entire Conservatives, Liberal Democrats and Morley Borough Independent groups abstaining. 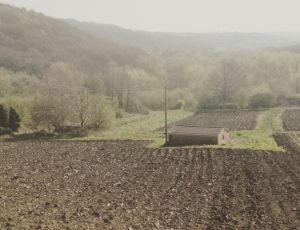 A public hearing was told there had been a “catastrophic failure” in building affordable housing in Leeds.

Evidence was heard on the second day of a public hearing into Leeds City Council plans on where tens of thousands of new houses should be built over the next decade.

The government has given Leeds a target of around 50,000 new houses to build over that time. And a panel of politicians, developers and members of the public assembled at Civic Hall to discuss the site allocations plan, which will decide where the new houses would be built.

But the big talking point was the usage of city centre sites being used to build new houses.

Christopher Young QC, representing housing developers, told the meeting there had been too many expensive homes built in the city centre over the last few years – making it difficult for people on lower incomes to afford new houses. He added:

“There is a catastrophic failure of affordable housing in Leeds.

“The level of affordable housing is significantly depressed by those who focus on the city centre – it absolutely crushes it.”

Housing policy states a smaller proportion of housing needs to be earmarked as affordable if it is built in the city centre than if it were in suburban areas.

Another developer agreed too many homes were being built in the city centre to meet targets, and that prices were high because developers would otherwise find it difficult to make their money back. He said:

“There needs to be a recognition of the problems of delivery in the city centre.

“There are problems of complexity of delivering these, such as low margins – many are built to rent schemes – and rising costs in construction.

“If you rely on your city centre for a good proportion of your housing, you will not get enough of the different housing types the city needs.”

The meeting also heard claims that eight out of 11 areas in Leeds were not meeting current housing targets. East Leeds, which was given as an example was already 5,000 houses below its housing target.

The inquiry is taking place because Leeds City Council asked for the housing element of its core strategy to be put on hold so it could carry out further public consultation.

The plan received more than 50,000 public comments during consultation, all of which have been passed on along with the revised plan to the government inspectors.

The hearings at Civic Hall are expected to last for around three weeks, ending in early August.