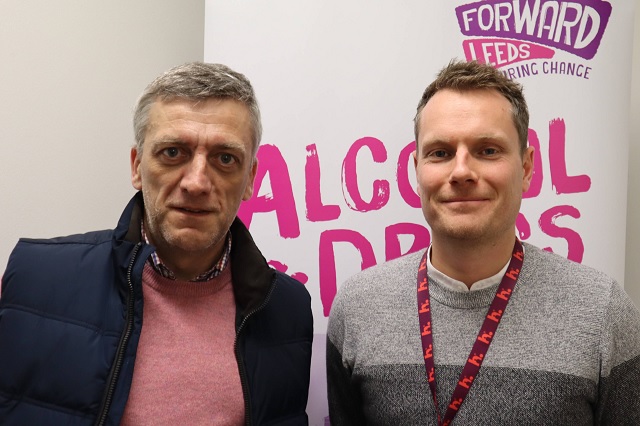 The service – which has bases in Armley and Burley – positively discharged 1,549 clients in 2019. That’s 128 more clients than in the previous year and the most since it began in 2015.

“This means real change for people across Leeds.

“The service is now beating the national average for all the major substance groupings of alcohol, opiates, non-opiates and alcohol with non-opiates.”

This was done by creating individual treatment that met people’s needs and offering a wide range of support, including one-to-one work and groups. Those who use the service can also be helped by specialists in mental health, harm reduction, detox and even housing.

“Coming into Forward Leeds was undoubtedly, the best decision I made and the support I received from them was phenomenal.

“There was no lectures to endure, no axes to grind and no people to please and to date my sobriety continues, by attending appointments and meetings, listening to others and doing what is suggested.

“Had it not been for Forward Leeds, it’s not unreasonable to suggest that I would’ve died as a result of active alcoholism. My worst days sober are far and away, better than my best day intoxicated.”

The figures for opiates, which include heroin, put Leeds in the top 20% of local authorities in England for successful completions, well ahead of comparable cities like Birmingham, Manchester, Liverpool and Sheffield.

“The majority of those who did not leave treatment in 2019 continue to be supported by Forward Leeds and hopefully will complete their treatment at some point in the future.

“We know we still have a lot of work to do, a Public Health England estimate there are almost 10,000 alcohol dependent adults in Leeds. We would encourage people if they are worried about their drinking or drug use or if they are concerned about someone else to contact us for information and advice on 0113 887 2477”.