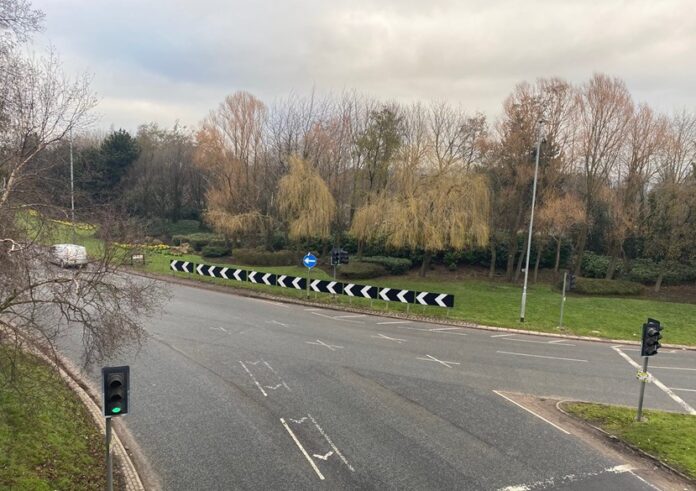 Large motorway infrastructure projects built in Leeds during the 1970s have led to climate issues, disconnected neighbourhoods and a lack of investment, a council document has claimed.

It comes as Leeds City Council transport chiefs want to spend millions helping the city centre rid itself of its car-focussed past, with so-called “people-centric” plans for improving the city centre, which include pedestrianising city square and a redesign of Armley Gyratory.

The report claimed these schemes could act as the biggest change to the city centre’s road network since the pedestrianisation of Briggate in the 1990s.

The improvements are all part of what the council calls its “city centre transformation” plans.

“The city is making major progress in the delivery of people centric infrastructure and public spaces across the city centre.

“This strategy focusses on providing high quality spaces in between buildings which meet the needs of people first, to improve connectivity to and from surrounding neighbourhoods, help tackle the climate emergency, improve air quality and to foster enjoyment community, innovation and collaboration – all whilst ensuring there is sufficient resilience within the highway network and promoting sustainable transport modes.”

Leeds adopted its “motorway city of the ’70s” strategy in the 1960s, as city leaders wanted to capitalise on the boom in car ownership and the building of the nearby M1 and M62 motorways.

However, the report claims this scheme, which led to the construction of the M621 in 1972, did not ultimately benefit the city in the long term.

It stated: “The (new) approach to the city centre aims to overcome historic barriers and issues posed by dominant highways infrastructure advocated by the 1970’s ‘Leeds Motorway City’ approach to place and infrastructure in the city. In particular, large swathes of ‘through traffic’ contribute to climate issues, disconnect surrounding neighbourhoods from the city centre and discourage investment.”

At a meeting next week, council officers will seek approval from senior decision-makers to close city square to traffic as part of a wider £78m city centre improvements; and to redesign Armley Gyratory for work expected to cost around £40m.

The gyratory upgrade is expected to include “widening and realigning” the existing roads, and removing the “cut-through” link on the central island. It is also expected to have improved cycle links, landscaping and walkways.

Work on both schemes is expected to be completed in December 2022, in time for Leeds 2023 cultural events.

“The effect of the schemes represent the biggest change in the city centre road network since the pedestrianisation of Briggate in the 1990’s and creation of the Loop Road.”

Armley Gyratory and the City Square highway works are currently fully funded from the West Yorkshire Plus Transport Fund, with an allocation of £78.8million which is also delivering schemes on Infirmary Street Gateway/Park Row, Meadow Lane, and part-funding Regent Street bridge.

“We have made significant progress in recent years in transforming the quality of public realm in the city and making our public spaces far more people friendly.

“This momentum is expected to continue with schemes such as City Square and City Park being brought forward so the transformation underway can continue.”

Leeds City Council’s executive board is set to meet on Wednesday, April 21 to discuss the plans.