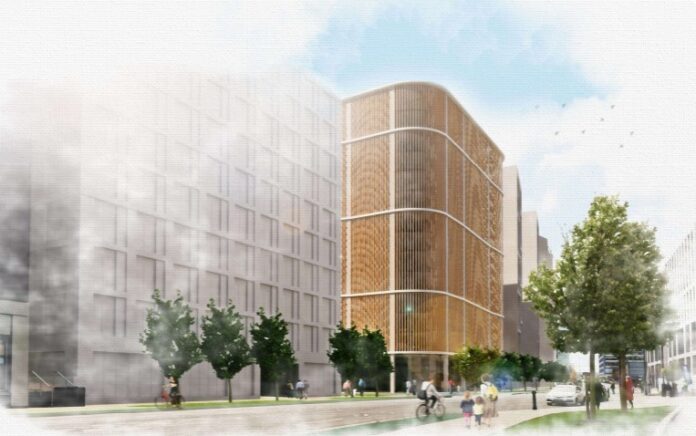 Early plans for hundreds of flats, offices and a hotel are set to go before Leeds City Council planning chiefs this week.

According to a report by Leeds City Council officers, building one would stand at between 16 and 19 storeys, and provide 532 build-to-rent flats, more than half of which would be one-bedroom.

A 12-storey office building would also be included, and would provide 13,210 square metres of office space.

It doesn’t stop there, as a nine-storey hotel building with 5,300 square metres of hotel rooms, as well as another 14-storey office building, also features in the pre-application.

The site is currently being used as two long-stay car parks.

A report into the plans added: “The proposal offers a significant opportunity to regenerate a large prominently located vacant brownfield city centre site.

“The proposal would deliver new homes, employment, visitor accommodation, public landscaped greenspace, new pedestrian and cycle connections and bring much needed activity into this area of the City Centre. The proposal would be broadly in accordance with the Site Allocations Plan identification for the site.”

The pre-application is due to be discussed at a meeting of Leeds City Council’s City Plans Panel on Thursday, January 27.

More detailed versions of the plans are expected to be submitted to the council’s planning department in the coming months.