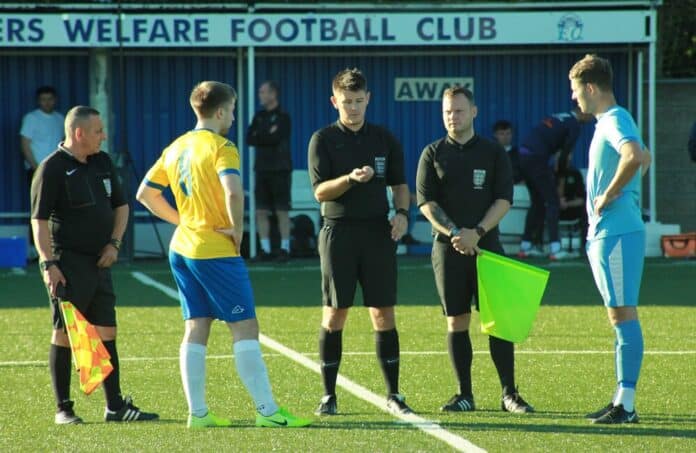 Farsley Celtic kicked off their preparations for the 2022/23 season with a 5-1 pre-season fixture over Hemsworth Miners Welfare.

New signings Jacob Gratton, George Hornshaw, Bobby Johnson and Regan Hutchinson all featured for the first time after joining permanently, whilst a host of academy prospects were granted opportunities to showcase their talents to Russ Wilcox and his coaching staff.

But it would be Frank Mulhern and his eye for the spectacular that stole the show, a stunning, dipping half-volley from close to the dugouts early in the second period flying into the back of the net.

While the Celts would ultimately emerge comfortable victors, it was the lower-ranked hosts who took a surprise lead as Jay Davies played in Nash Connolly down the right, with the winger firing home at the near post.

The old adage of football being a game of two halves may ring still true, but that was not the case on this bright, summer evening – largely because it was played in three 30 minute periods!

And it would be early in the second period when Farsley hit back; Frank Mulhern picked out Bobby Johnson in the box and he, perhaps slightly fortuitously, found the bottom corner with a first-time finish.

Within 60 seconds the game had been turned on its head, with Mulhern perhaps bettering the outrageous strike that saw him announce himself to Farsley fans against Guiseley.

Spotting the Hemsworth ‘keeper off his line, the ex-Stockport County man unleashed a vicious, dipping half-volley from the right-hand touchline that caught out the hosts’ shot-stopper and nestled in the back of the net.

The Celts would further extend their lead before the end of the second period, the Wells’ keeper producing a stunning save to deny Johnson, but he could do nothing to prevent Jimmy Spencer from nodding home the rebound.

Ahead of the final third, both sides made wholesale changes, yet it did little to change the pattern of play.

Mwiya Malumo was denied by a splendid stop, but there was no stopping Luke Parkin just moments later as he played a neat one-two with Jordan Chippendale before smashing a stunning strike into the top-left corner.

The scoring would be rounded out by academy prospect Ousainey Juwara, Regan Hutchinson charging down the right and delivering an inch-perfect cross for the forward who tucked home smartly at the near post.