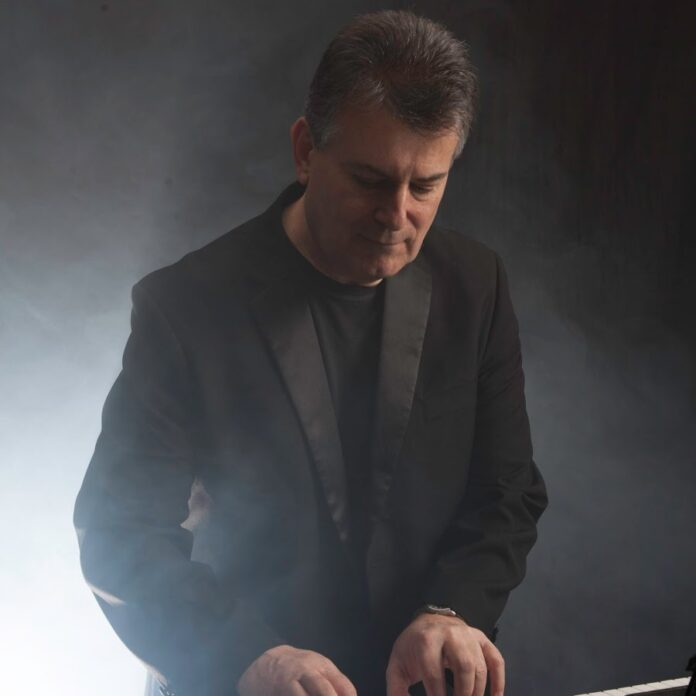 Lockdown has been a nightmare for everyone in the entertainment industry. What do you do when you are stuck at home and your whole income and sanity depends on performing in front of an audience?

For Bramley-based musician and songwriter Rob Russell Davies, 63, the answer was obvious – find a new audience.

Setting out his stall to do a music video every week, Rob – a Britain’s Got Talent semifinalist in 2013 – began his Monday Mashings last November.

“I tried to put something in for everyone,” says Rob. “Some weeks I write a whole new song and on others I highlight videos of acts I’ve worked with through the years. Then there are weeks with me just playing something on the piano.

“There are no limits. One week I even used music software to program four robot voices for a new musical I’ve been working on, then dressed up as the male and female robots for the video. I really hope the neighbours can’t see through our blinds.”

But it’s two of Rob’s latest videos that have really attracted the biggest interest.

‘Earth Angel’, is an emotional ballad about end-of-life care and loss was suggested by Rob’s wife, Rose.

Rob called on the talents of local singer Naomi Murray and together they filmed and produced a video in a few days – each working from home. Rose then had the idea to dedicate the song to the NHS Charities Together charity – the same one Captain Tom’s family used – and a fundraising page was set up.

The video can also be viewed on Facebook here.

“I was so lucky getting Naomi to sing my song. We’ve been friends for years and in the past, I’ve watched her performing on Stars in Their Eyes:Kids and X-Factor.

“These days, she’s usually sailing the high seas on Royal Caribbean or Carnival Cruises as a lead singer and dancer in their stage shows. But, of course, Covid 19 put a sudden stop to that… one night they were performing, the next they were bundled off the ship and onto a plane home.”

Then Rob woke up one morning with the idea for a comedy song after the Prime Minister announced his four-stage plan to ease us out of lockdown.

Five days later and with little sleep, ‘Three Steps to Pleasure’ was launched on Monday Mashings.

The video which portrays Rob as a down-and-out camping outside his local pub – the Rodley Barge – awaiting the pub’s May 17 reopening, was an instant hit with fans. Clocking over 1,200 Facebook views in its first few hours, it quickly moved on to thousands every day.

The video can also be viewed on Facebook here.

“I think it strikes a chord with everybody gagging for a proper pint,” says Rob, “although, of course, I’m not advocating we all start living outside our locals!”

So, will Monday mashings continue after we all get back to normal in June?

“Yeah, why not,” says Rob. “I’m an ideas man and love sharing them. It’s always been the donut that interests me… not the hole.”

From the West End to Pudsey House: Dancer sets up new fitness studio with a difference

From the West End to Pudsey House: Dancer sets up new fitness studio with a difference