Have you walked through Pudsey’s Greenside Tunnel? 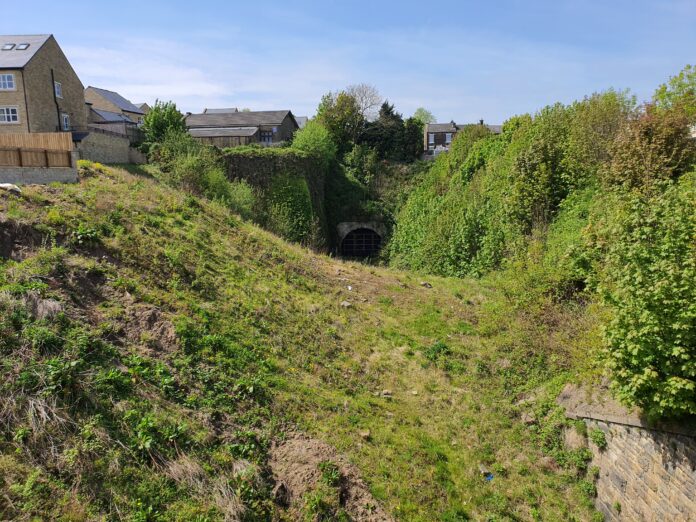 The Greenside Greenway group wants to create a greenway for use by walkers, runners, cyclists, and horse riders in Pudsey. A greenway is a long piece of land, or path, where vegetation and slow travel are encouraged.

The group are asking for people to fill in a form to say that they have previously walked through the tunnel, which has been blocked up for many years.

About the Greenway plans

The Greenside Greenway goes from Richardshaw Lane, through to Mount Pleasant Road, then follows the route of the old railway line passing the fishing pond and coming out onto Lowtown just below the petrol station.

The Crimbles housing was built on the site of Lowtown Station the route continues past the top of the allotments over the underpass at the bottom of Longfield Road and close to Crawshaw School crossing Robin Lane, Radcliffe Lane, South Parade and New Street to New Street Grove where Greenside Station and goods yard once stood.

The line used to continue from Greenside Station at the bottom of Carlisle Drive under the Carlisle Road bridge by The Royal pub through a deep cutting parallel to Station Street before disappearing into Greenside tunnel emerging 563 metres later in the pleasant Tong  valley just down the hill from The Fox & Grapes on Smalewell Road. The railway continued across the valley along what was said to be the tallest railway embankment in Europe.

“In recent years access to the tunnel has been difficult, only when the gates were unlocked could people get to walk through Greenside Tunnel, however for the first 40 years after the closure of the railway residents of Pudsey would use the tunnel as a route through to the valley.

“Teachers would take children, Boys’ Brigade and Scout leaders would take their groups through the tunnel and most local children would view going through the tunnel as a right of passage. Excited and nervous eight year olds would walk through in the company of older children or parents while teenagers would race through on their bikes, off to make a rope swing over the beck.”

On several occasions over the years applications to infill the railway cutting have been submitted, on each occasion these plans have been refused.

To try to stop these applications and preserve the route through the tunnel the Greenside Greenway group are asking all those who have been through Greenside Tunnel to complete a Public Right Of Way (PRoW) user evidence form, which can be found here.