Good Stuff Armley event: The evening in Tweets and photos 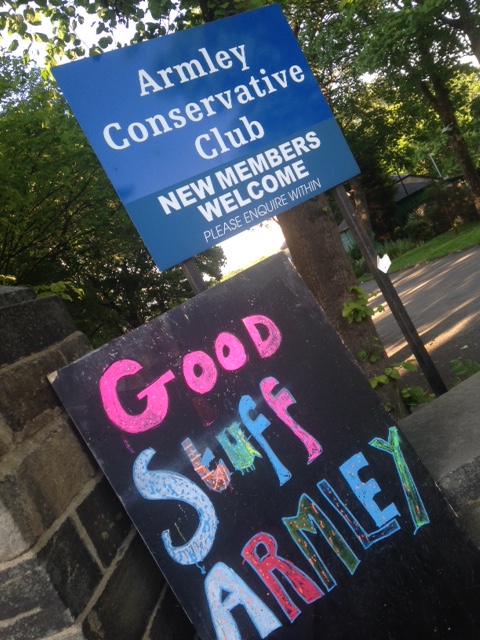 Dozens of local residents descended on Armley Conservtive Club for an event which asked the question: What is good in Armley?

The Armley Looking Good meet-up was a low-key event organised by local resident Emma Bearman in a bid to highlight the good stuff that goes on in Armley.

There was an incredible atmosphere at the club as people networked and were introduced to new groups and projects doing ‘good stuff’ in the area.

It was fantastic to meet so many new people! We'll be setting up a website & Facebook group and looking forward to passing the baton around

Attendees were asked what and who is good about Armley, what stuff is already happening and what people would like to see more of.

Some of the Tweets from the evening are featured below:

People put themselves on the map, made 3D selfies, told us what's good & what they want to do more of! Hurrah pic.twitter.com/9FMMQ3ArJc

Had a great time meeting lots of amazing #Armley folk at @ArmleyGoodStuff event organised by the fab @EmmaMBearman! pic.twitter.com/FmIwN2AhAZ

Lovely to meet everyone and see so much positivity. Well done all involved! #Armley #westleeds #community #Leeds pic.twitter.com/vL04SBWYyB

Penny pinching ideas from the ‘auld git’: Derrick Healy and his money-making schemes

Selfless Bramley youngsters fundraise to help others in the community