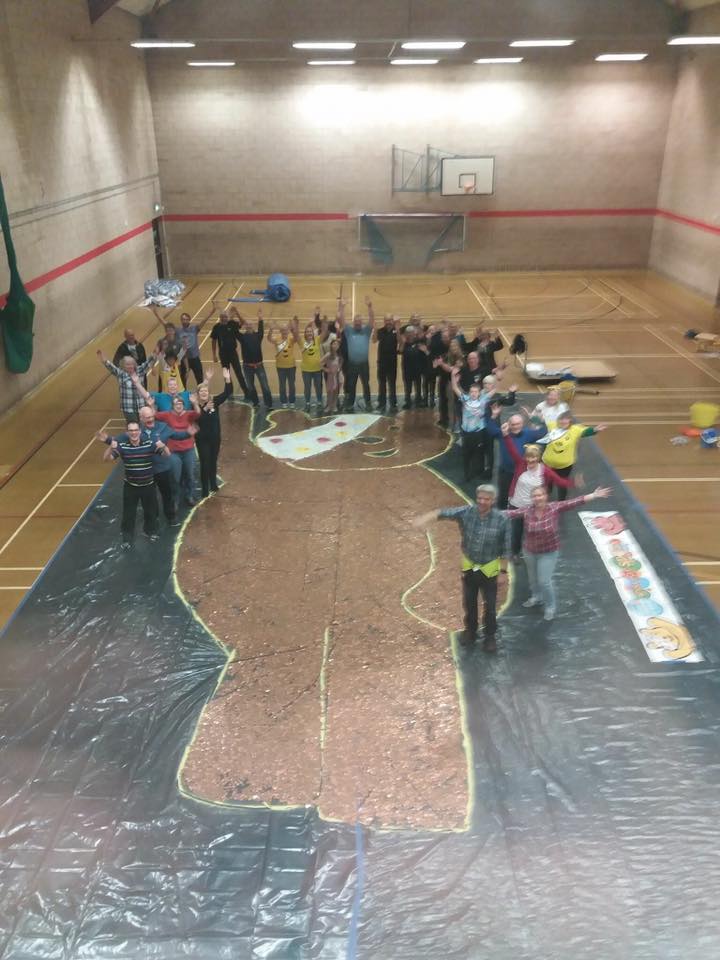 Pudsey residents are being urged to save their copper – and cover an outline of Pudsey Bear in 2p coins in aid of BBC Children in Need.

The Pudsey 2p Challenge will be held from 8am on Friday, 15 November and organisers are aiming to create a coin mosaic on the five-a-side pitch floor at Pudsey Leisure Centre.

And they’re hoping that if enough people donate, they may even be able to fill the whole floor with coins.

Last year, the event, organised by Pudsey councillor Simon Seary and volunteers, raised more than £9,000 – and organisers this year are hoping to top that – and help put Pudsey as a town on the map.

The event is being organised by a small group of volunteers who are determined to raise as much money as they can for the charity which helps disadvantaged children – and cement the town’s strong connection with Children in Need.

His community work included helping to found the Pudsey Musical Festival, Pudsey United Chorus and the Pudsey Committee for Welfare of the Blind. His wife, Rose, was also an active member of the community.

Debra Austin has offered to facepaint for donations – and if you find one of the three stones in Pudsey, she will facepaint you for free (details on the Facebook page)

And, of course, Pudsey Bear will be there too.