On Thursday June 8 the constituencies of Leeds West and Pudsey will join the rest of the UK in going to the polls to vote in the general election, writes Rebecca Whittington.

Whether or not twice incumbent MPs Rachel Reeves (Lab) and Stuart Andrew (Con) respectively will hold onto their seats remains to be seen.

But a look at the voting history of the constituencies in the last two general elections shows nothing is a dead cert, especially in Pudsey, where just a few hundred votes have separated the winner from the losing candidates in the past.

According to data published by Leeds City Council, Pudsey MP Stuart Andrew enjoyed a narrow win for the Conservative Party in 2010 with a vote of 18,874 – a majority of just 1,659 over Labour’s Jamie Hanley.

In the 2015 election his margins increased and Mr Andrew saw off his Labour rival with a stronger majority of 4,501 – the equivalent of 6.3 per cent of the vote.

In Leeds West there has been a wider gap between the forerunner – Labour’s Rachel Reeves – and her rivals. In 2010 she won her seat with 16,389 votes – 7,016 more votes more than her closest challenger, Ruth Coleman for the Liberal Democrat Party.

In the more recent 2015 election Ms Reeves won 18,456 of the votes – 10,727 more than the second most popular candidate Alex Pierre-Traves for the Conservative Party.

Nominations for the forthcoming general election are still open, with the books closing on Thursday May 11.
Residents in Leeds have until midnight on Monday May 22 to register to vote.

Registered voters have until Tuesday May 23 to apply for postal and postal by proxy votes and applications to vote by proxy at the polling station must be received by Wednesday May 31.

To find out more, or to register for any of the above, visit the election section of Leeds City Council’s website. 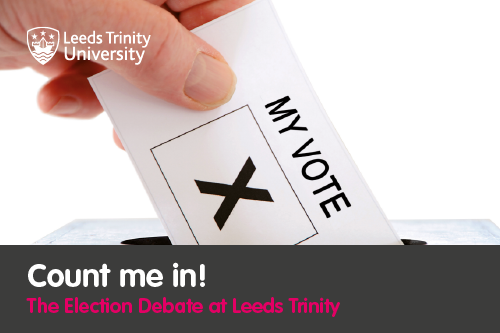 Candidates hoping to win the seat for Pudsey in the forthcoming general election will take part in a live debate at Leeds Trinity University on Friday, May 5.

Members of the public are invited to attend the debate, which will be held at the university campus at Brownberrie Lane, Horsforth, from 10am to 1pm. Places are free, but seats are limited and must be booked in advance.

The format will follow the university’s 2015 election debate, which saw guests being balloted prior to the start of the action and again at the end to determine which candidates had persuaded the audience to switch parties.
Friday’s debate, called Count Me In, can be booked here.

Guests are asked to arrive by 9.45am. Parking is limited.

Put your questions to candidates via The Dispatch

There’s still time for you to put your questions to candidates in Pudsey and Leeds West constituencies.

As we reported YOUR local news outlet, we want to ensure that you know as much about the candidates as possible before you make the all-important decision.

We want all candidates in both constituencies to answer the burning questions that are important to you.

If you have a question you’d like to put to all candidates, e-mail us at news@westleedsdispatch.com, Tweet us @wldispatch, post on our Facebook page, or make as suggestion in the comments section of this article below.

Closing date is Friday, May 5. We will then pick the top five questions to put to the people chasing your vote.

We’ve already had a number of suggestions since we first appealed for questions last week – and it’s not too late to get involved!