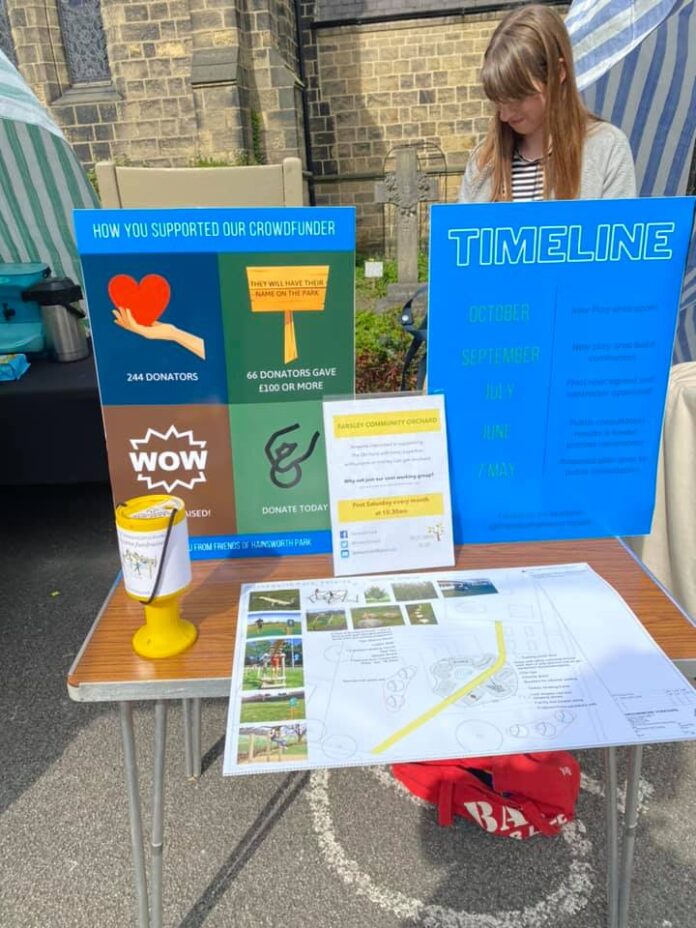 Volunteers have launched a consultation over draft plans for a new play area for Hainsworth Park in Farsley.

The Friends of Hainsworth Park group is marking the park’s centenary with plans to build a natural landscaped play area for physical and adventurous play next to the existing playpark.

As previously reported by WLD, the group have so far raised more than £30,000 through a variety of grants in addition to their fundraiser, which they hope will net an additional £15,000.

According to the Ftiends, the crowdfunder will provide proper drainage, new equipment, a new path from the Boulevard, and changes to the existing railings to open up the picnic area

“We’re consulting on these draft plans and if approved then will go to tender, with the contractors to start in September.”

The Friends recently showed off the plans at Farsley Farmers’ Market (pictured, top).

More details can be found on the Friends’ Facebook page.