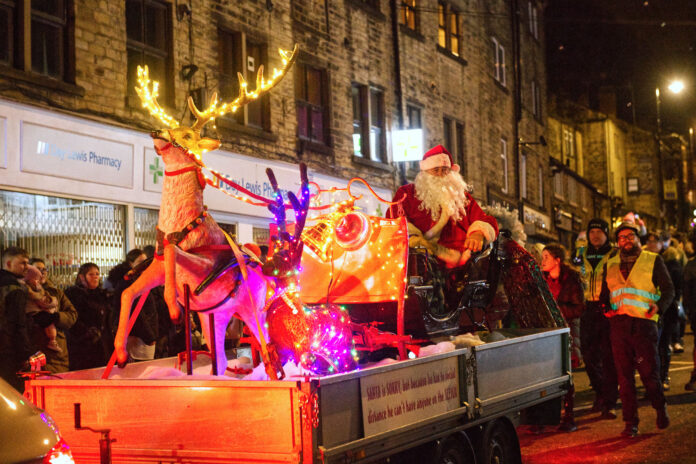 On Wednesday, 30 November Farsley will once again be switching on their Christmas Lights.

Farsley was one of the first areas in Leeds to have a Christmas Light Celebration and 36 years on three of the original team are still organising the event.

The volunteer organisers say that each year it is getting harder to fund the event but the Community of Farsley have rallied round raising money through crowdfunding, which is still open for donations.

From 5pm until 8pm Town Street will be shut to through traffic and diversions will be in place with no access to the side roads.

The parade this year will be led by “Mary and Joseph”  from Churches Together in Farsley to remind everyone the true meaning of Christmas, starting at 6.30pm.

They will be followed down the road by The Leeds Pipe Band, school children, playgroups and the local Scouts and Cubs with a couple of mascots.

In Charles Street car park will be a funfair and in Sunny Bank Mills car park there will be a mini Christmas Market.

In front of Marsden Court flats in Andrew Square there will be entertainment provided by Breeze.

At 7pm there will an official countdown and an appearance by Santa and Ronnie Rhino followed to a firework display over Farsley. Once the fireworks have finished Farsley Village Singers will be offering a selection of Christmas songs in Andrew Square.

Lots of the shops and cafes will be open on the evening.