West Leeds residents are calling for a vandalised social club building to be demolished.

Residents say that the derelict Farnley Sports and Social Club building, off Butt Lane, has become ‘a dangerous eyesore’ in the community.

Part of the disused building – which is the subject of a planning application by Farnley Sports And Social Club Ltd for nine detached family houses – was gutted by fire last month.

But a row between the site’s owners and Leeds City Council planners over the number of houses is delaying demolition work of the former club, which closed last December.

There are fears from local residents that the condition of the building could deteriorate further and that it is dangerous if local youngsters get inside.

“You see kids and teenagers playing around there on a night, someone’s going to get hurt as it isn’t safe. The police are round every other night for some reason or other – it’s a magnet for anti-social behaviour.”

Another resident told West Leeds Life that the derelict building was an eyesore in the community and something needed to be done to sort it out. 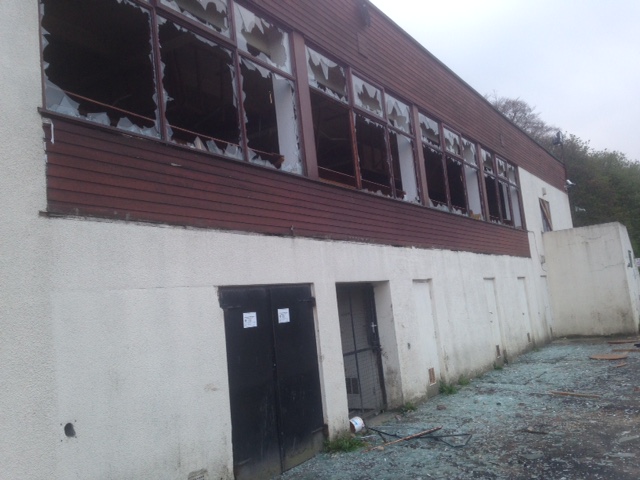 Rubbish, glass and debris from the building currently litters the site, which is the former home of the Farnley Falcons rugby club. Some rubbish from the site has also found its way up to the adjoining Farnley Fish Pond. The site’s also been used for dumping rubbish. 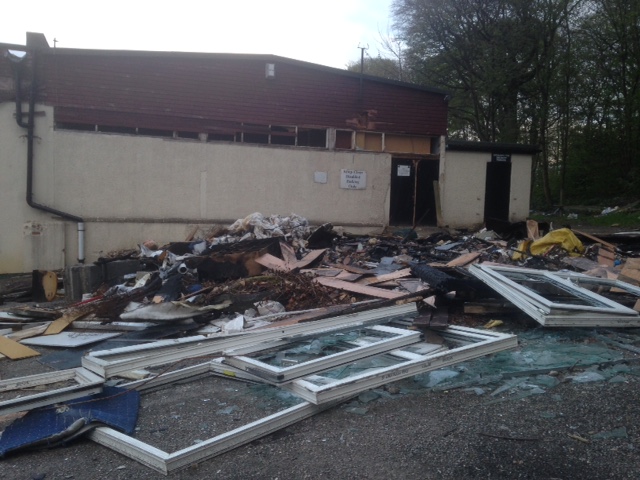 The planning application, submitted in February, has received a number of comments from statutory consultees, including the council’s planning and highways departments. These include: 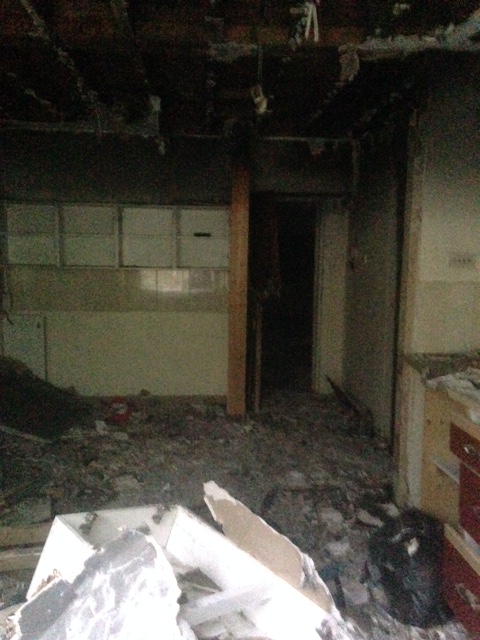 It’s understood local councillors met with the owners, planners and architect on site the week before the recent election and urged that the matter be resolved quickly so the building can be demolished. 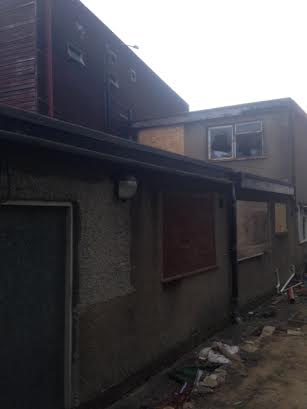 Architect Richard Stott, of RD Stott Architects, told West Leeds Life he was keen to get the building demolished and the houses built as soon as possible but added that council planning officers were demanding the number of houses proposed be reduced from nine to six as the club is built on green belt land.

Mr Stott said the overall footprint and volume of the houses was less than the existing large building. He added:

“It’s not a question of it being developed into housing, we’re all agreed on that. Planning officers are concerned about the visual perception of the site. Overall does this development have greater or lesser impact on the green belt?

“I would argue less as there are nine spaced out buildings on the site rather than the current large, unwieldy one.

“The development is a comfortable fit, with large gardens and adequate parking and with the current local and national housing shortage the site should be developed efficiently. It is a waste with just six – and it’s not just about profit and loss.”

Mr Stott added that his client – Farnley Sports And Social Club Ltd – couldn’t press ahead with plans to demolish the building as they might lose the ‘principle of development’ on the green belt land if the club was demolished first.

He said he was constantly liaising with planners and was about to submit as slightly revised scheme of eight or nine houses. 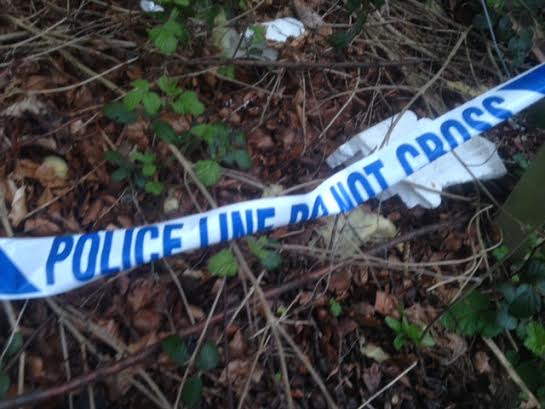 “Having considered revised plans from the developers for the Farnley Sports and Social Club site, we do not believe the application addresses concerns regarding new build on green belt land.

“We have therefore asked the applicants to reconsider the proposal or advise us how they would wish to proceed with the latest submission.”