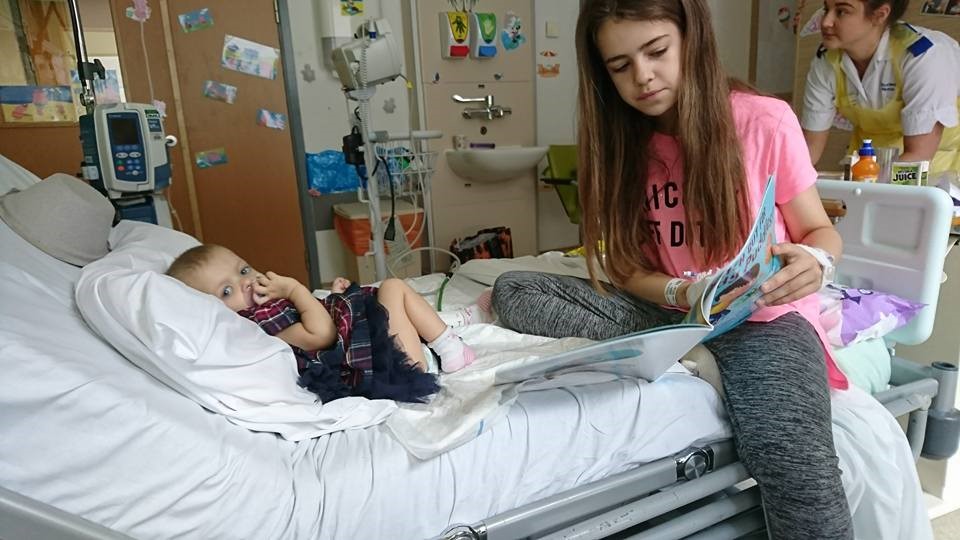 A girl from the 8th South-West Leeds Scouting Group in Farnley has been awarded one of the highest honours in Scouting for her selflessness and bravery, writes Judith Hurd.

Chloe Thompson received official notification this week that the Chief Scout, Bear Grylls, has awarded her the Scouting Medal for Meritorious Conduct in recognition of her actions on behalf of her little sister, Summer Rose.

Summer, who was born in 2015, was diagnosed with acute myeloid leukaemia in January 2017. She had many treatments to fight the cancer, and finally it was decided by her medical team that a stem cell transplant was needed.

Stem cells are special cells created by the bone marrow (tissue in the centre of some bones) that can turn into different types of blood cells.

This treatment is usually carried out only when other treatments have failed and is used for conditions where the body’s own bone marrow cannot create healthy blood cells.

To improve the chances of the transplant being successful, the donated stem cells needed to carry a special genetic marker, known as the ‘human leukocyte antigen’ (HLA), which was identical or very similar to Summer’s own.

All of Summer’s sisters were prepared to donate stem cells for her in what is known as an allogeneic transplant, but Chloe proved to be a perfect match.

In Chloe’s mind there was simply no question as to whether or not she would undergo the process – she had made her decision before the question was even asked.

As the donor of the stem cells for her little sister, Chloe had to undergo various tests, before the actual ‘harvesting’ stage could take place. Then she had to have approximately one litre of her bone marrow removed from her hip bone via a needle and syringe. This was done under a general anaesthetic in August 2017.

While the stem cell transplant seemed to work at first, Summer’s health sadly then deteriorated once more. She passed away at the age of two in November 2017, and there you might think the story would end, sadly but inevitably.

Chloe and her family thought otherwise. They have been tireless in raising both funds for the charities of Candlelighters and Noonan Syndrome Association, but have also been equally keen to raise awareness of Summer’s conditions.

Chloe also contributed a significant amount to fund-raising for Toby Nye’s treatment by being sponsored to have her hair shaved off – not every teenage girl would be prepared to act in this way!

The leaders of the 8th South-West Leeds Scouting Group knew that Chloe was always willing to help out and to throw herself into activities arranged by the group, but they were deeply moved by Chloe’s bravery in her actions on behalf of her little sister. As a result, they asked the West Leeds Scouting District if it might be possible to nominate Chloe for an award to recognise her bravery. 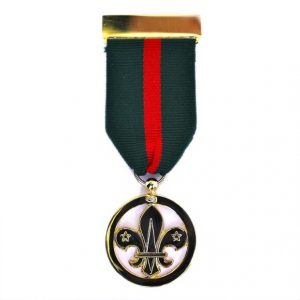 Fast forward several months and the end result has come through.

Ian Hill, the County Commissioner for Central Yorkshire Scouts, wrote to Chloe this week to inform her of the award and to congratulate her on her courage.

He had the opportunity to meet Chloe at a special tour of the new Candlelighters’ Cottage in November 2018, arranged for Scouts who had raised funds towards this development to support families whose children are undergoing cancer treatment at the Leeds General Infirmary; he was especially struck by Chloe’s story:

“I and your leaders believed that your actions were so outstanding that they were deserving of some special recognition and we therefore wrote to the Scout Association telling them what you had done.

“I am absolutely delighted to be able to inform you that the Chief Scout has awarded you the Medal for Meritorious Conduct and he has asked me to convey his sincere congratulations for this award.”

Chloe will be presented with her medal at a special ceremony before she attends the National Day of Celebration and Achievement at Windsor Castle in April, to recognise the achievements made by individuals in Scouting over the last year.

Bear Grylls, the Chief Scout, will be at the event, which will also be attended by a member of the Royal Family. It will be followed by a special reception for all recent meritorious conduct award-holders.

“Chloe is a true asset to our Scout Troop and, over the four years she has been a member of the Scout section, she has proved that she exemplifies the values of Scouting.”

It is a truly remarkable honour, and it has been awarded to an especially deserving young lady, who always puts others ahead of herself; she is certainly an asset to our local community and we are extremely proud of her.

Anyone interested in becoming a stem cell donor can find further information here, here and here.