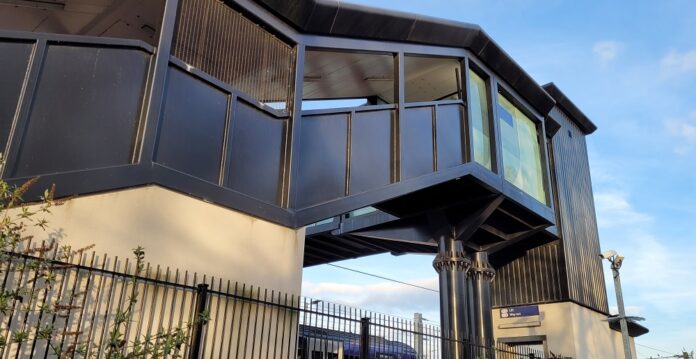 Lucinda Yeadon at CEG co-ordinated an online video meeting where Richard outlined some of the achievements elsewhere in north-eastern England and the impact this had had, providing a focus for activity making the station eye catching and addressing anti-social behaviour.

Northern Railway will continue to have responsibility for managing the station but will work with the community to ensure that it becomes a focal point and beautiful corridor reflecting Bramley Fall Woods, the heritage of the valley and the communities it serves, not just a concrete walkway for people leaving for work elsewhere.

The potential for youth art or mosaics to change the bleak vista currently seen from the train was discussed along with the how swiftly the station could be brightened up with planters or displays.

A discussion of what could be considered to address antisocial behaviour in the vicinity ensuring the space feels safe for travellers and those working, living and playing locally.

They also looked at the impact elsewhere such as Mirfield, Castleford and Fitzwilliam, and the support Northern Rail gives including the link up with schools, promoting station safety, green travel and employment opportunities.

Kirkstall in Bloom are keen to get started on the first project of planters in a Covid-compliant way. Becky Nicholson said:

“The good news is we have a new project for this summer, funded through Northern Rail, to have some immediate impact this year.”

More people who would like to be involved, planning, planting or sharing ideas to make the most of the support from Northern Rail are needed.

If you would like to get involved please contact Lucinda Yeadon (CEG community liaison manager) on Lucinda.Yeadon@ceg.co.uk