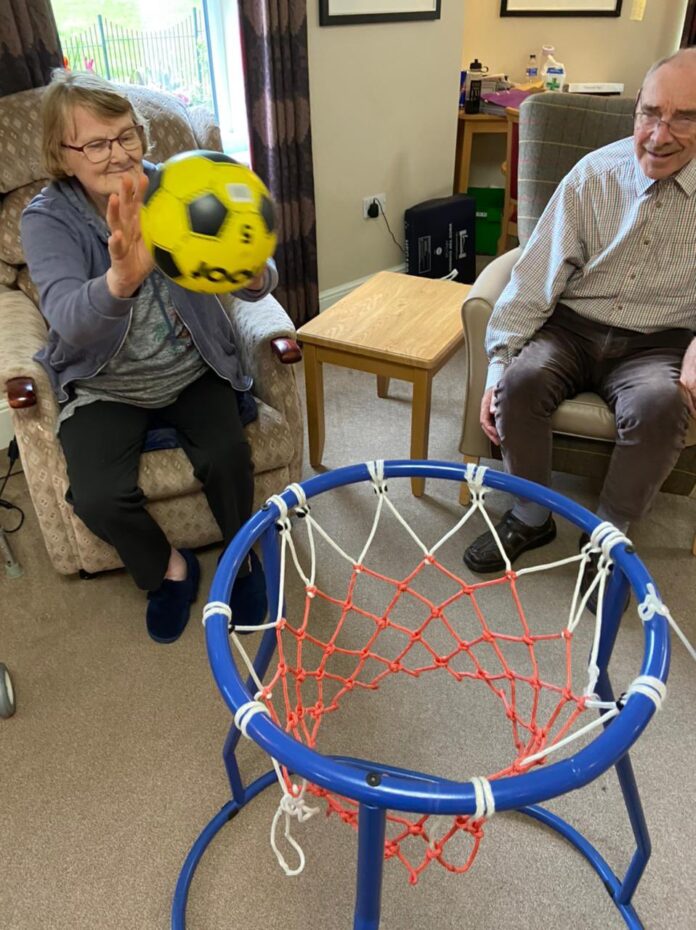 You’re never too old to love the football – that’s the message from residents in an Armley care home – after being declared “Fan Heroes” when photos of them doing football tricks and cheering on England at UEFA Euro 2020 went viral.

Inspired by local lad Kalvin Phillips’ displays at the championships, residents of Anchor’s Beech Hall care home on Far Fold Lane decided to show their support for the Three Lions by doing football exercises and tricks to stay active.

The photos were then shared on Twitter and then picked up by the official UEFA Euro 2020 Hero account, which retweeted the photos and shared them on billboards across the country, including on a huge screen in the Fan Zone in central London.

“It’s brilliant! We just wanted to do our bit to get behind the boys, we never thought we’d end up in billboards in London!

“We’re still cheering England on, honestly I think we could go all the way this time around.”

“We love to do fun activities and exercises at Beech Hall, and with the Euros kicking off we wanted to do something football themed and suddenly we had our photo on billboards!

“Thank you to the UEFA Euro 2020 Hero team for picking us and come on, England!”