A campaign to take the Cardigan Arms pub on Kirkstall Road into community ownership has passed the £100,000 milestone.

But fundraisers at the Cardigan Arms Co-Op have called for one final push to get the total up to £150,000 by May 11th. Matched with money from partners Moods Pubs money, the appeal will then have reached the £300,000 purchase price.

Locals are being encouraged to invest a minimum of £100 each to resurrect it as a community focus. Higher investments of £5,000 or more are being sought from ‘Cardigan Angels’, who will be earning 4% on the £75,000 they have invested between them. 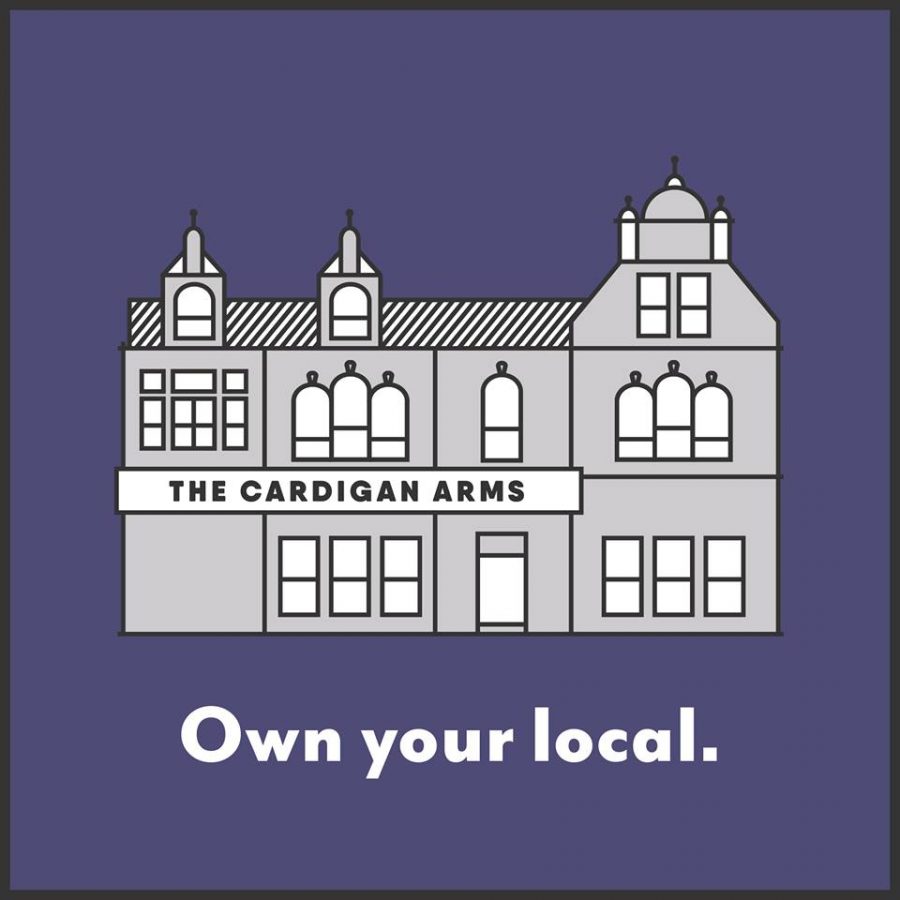 Campaign group founder Jim Brettell, who had his first pint at the Cardigan Arms in 1975, said the appeal was at a critical moment, but added:

“This is an amazing achievement and serves to confirm just how fondly the Cardy is regarded both within the City and further afield.

“The message is straightforward – we have a once-in-a-lifetime opportunity of proving that our plans for this fantastic pub are the best, both for the pub and the community. So be part of it and consider investing now!”

The deadline for bidding passed on April 25th. Greene King are now due to interview the co-op and three other bidders on Thursday May 11th.

“This isn’t so much about price, but about availability of funds, business capability and plans for the pub.”

Both the Victorian Society and CAMRA’s Pub Heritage Group are closely following developments at the grade II Listed pub. The Cardy is one of Britain’s top 250 Heritage Pubs and would become Leeds’s first community pub if the co-op’s bid is successful.

Donations can be made at the appeal’s crowdfunding page.