Work which was originally due to start in November actually began in mid-December.

It includes a platform, zebra crossing and access only and 20mph on Foxholes, Shell Lane and Capel Street. 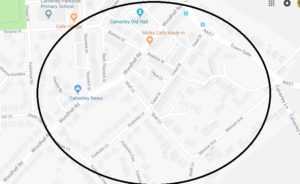 This was due to finish before Christmas but was delayed by ‘unforeseen circumstances’, according to a letter to residents from Leeds City Council’s highway maintenance manager Russell Martin.

He said the roadworks would start again from 8 January for three days, and during that time local roads may be closed. Further measures near Crossfield Farm will start in the new financial year.

Councillors and campaigners have fought for improvements on the road where there have been seven fatalities and numerous accidents since 2003. Funding for the improvements was identified by councillors Andrew Carter and Rod Wood.