Calverley back on the gold track with super summer display 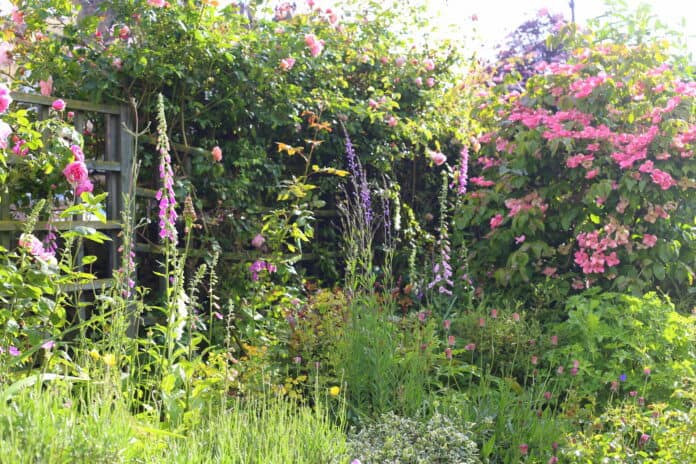 The hard work of volunteers who planted hundreds of flowers and shrubs in Calverley has paid off, with the village reclaiming gold after silver gilt in the Yorkshire in Bloom Summer Competition

Calverley in Bloom was awarded the gold certificate after judges said the volunteers had ensured the village was a lovely place to live and work.

The judges had visited Parkside School and praised the posters produced by the children. They were impressed by the use of recycled planters and the planting of bamboo within the school grounds. They also praised the working partnership between the school and the Calverley in Bloom volunteers, with the school printing all the ‘In Bloom’ posters for residents and local businesses.

They commented that the majority of small businesses throughout the village seemed to support the volunteers by displaying beautiful baskets and tubs at the front of their premises. They highlighted Mick’s Café, the Post Office, the Hairdressers and Newsagents.

Brookleigh sheltered housing received a special mention where they said all the gardens were maintained to a lovely standard by the residents with support from Calverley in Bloom.

They said a walk through Victoria Park showed it was evident that this was a loved and well used area of the village. The Methodist Church was also praised.

The visit to the Nursery on Carr Road was inspiring, they said, with the manager creating a nurturing and very colourful environment for the very young children in her charge.

They also mentioned the rail baskets on the very busy Carr Road with all had the jubilee colours. They praised St Wilfrid’s with its lovely perennial borders, bird boxes, log piles and fruit trees planted alongside the paths which were cut out through the long grass.

Calverley Gate and Town Wells were also visited and they noted bat and bird boxes in place at the latter.