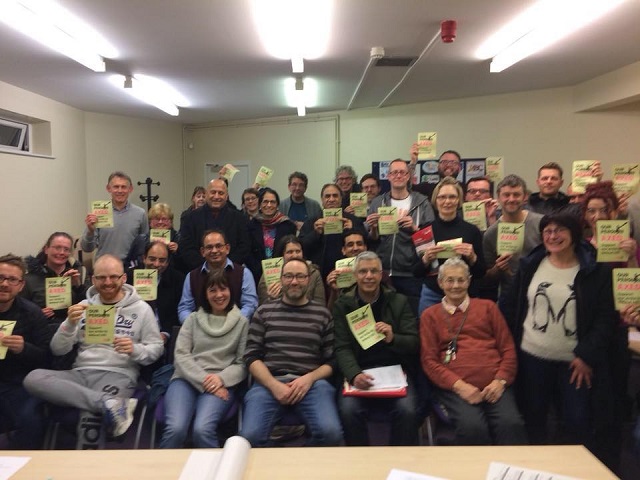 At its last meeting, Calverley and Farsley Labour Party passed a motion to support striking staff from Leeds UCU who have been threatened with an extra 25% reduction in their salary if they do not reschedule teaching cancelled as a result of the current strike action – this in addition to losing their pay on those strike days, writes Damon Cooper.

Members believe this punitive measure seeks to deduct wages twice for the same action and it is both deeply unfair and morally indefensible.

The Labour branch perceive this action as an attack on the right to strike and as behaviour that falls well below the standards expected from a public institution.

Although they sympathise with the concerns of students who may miss valuable teaching as part of this action, striking is a last resort, and without the security of a decent pension Universities will find it hard to retain excellent teaching staff, so this is also a strike to defend their education and that of future students.

The chairperson wrote an e-mail on behalf of the branch to Leeds University chancellor: 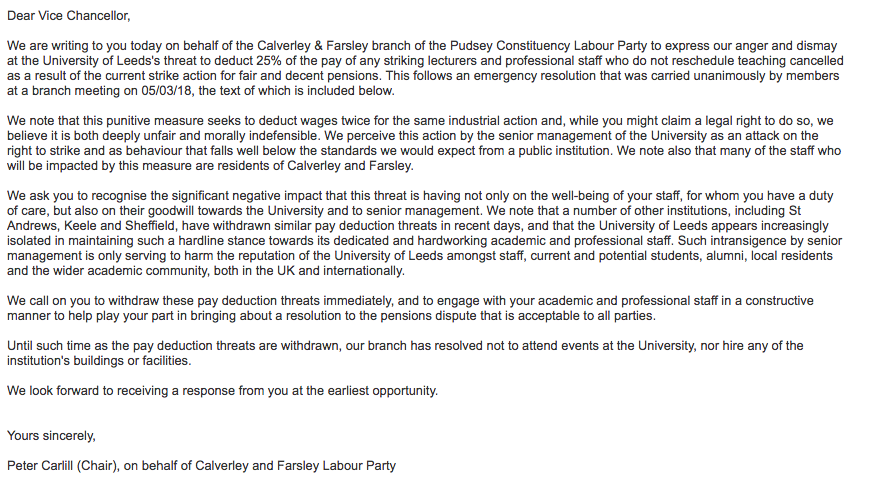 This branch is proud of the Labour Party’s roots in the trade union movement. We recognise the essential role that trade unions play in fighting for a decent standard of living for working people. We hold that the right to strike is integral to this fight.

We note with extreme concern the behaviour of management at the University of Leeds during the current national dispute over the USS pension scheme. Striking lecturers and professional staff have been told that they will suffer a 25% reduction in pay if they do not reschedule classes lost due to strike days, in addition to losing their pay on those strike days.

We believe that this is an attack on the right to strike and falls well below the standards of behaviour we would expect from a public institution.