Bramley band ‘gives youths something to belong to’ 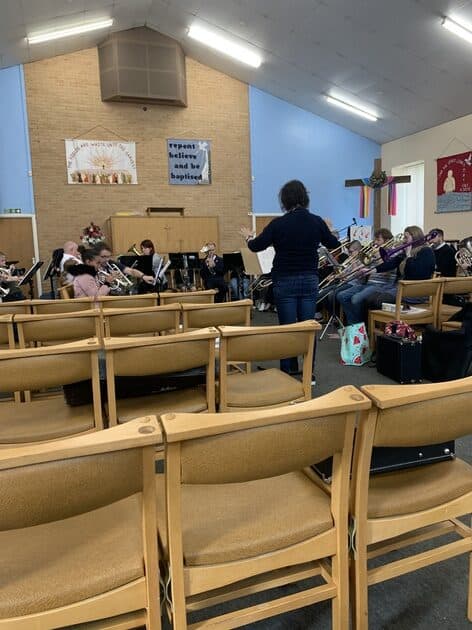 A Bramley brass band is giving young people the chance to learn a new instrument and join a band.

Bramley Youth Brass aims to “give something for children and youths to belong to,” according to their musical leader, Joelle Braithwaite.

Speaking about the inspiration for the project, Joelle said: “Bramley can be an area where kids can become disenfranchised.

“Youth services do what they can but this is another way for kids to learn a new skill. Music can be good for academic and social development and playing in a band can be good for learning about teamwork, discipline and following a leader.

“We want to give something to Bramley that they can be proud of, and get around young people and make them feel valued.”

They are following in the footsteps of previous brass bands who played in Bramley throughout the 20th century. Yorkshire is described as a brass band county and Joelle cited the lack of community brass bands in Leeds as a reason for starting the project.

The band started in February 2022 thanks initially to funding from the Leeds city of culture funding group. They were then able to continue once this funding finished due to support from the Salvation Army who pay for the hire of the practice space they use.

Joelle believes that the band can have a positive impact on the local area, and added: “One parent said it is really good that something like this is happening. He grew up playing the trombone and now there is an opportunity for his daughter to play. The fact the kids turn up every week is proof enough that they are getting something out of the opportunity.”

In the future the band hopes to become part of community events. Joelle said: “We want to play in and represent the community. We want to be part of Remembrance Day events and play at Christmas as well as be able to play in the park in summer.”

The band meets every week on Tuesdays between 3.45pm and 5pm at Trinity Methodist Church in Bramley. They currently have 15 members between the ages of seven to 13 but are open to anyone up to the age of 18, and even young adults who want to learn.

If you want to get your children involved or want more information you can contact Caroline Heward on caroline.heward@salvationarmy.org.uk or 0113 256 9211.