Award for Farnley duo cooking up a treat for older people 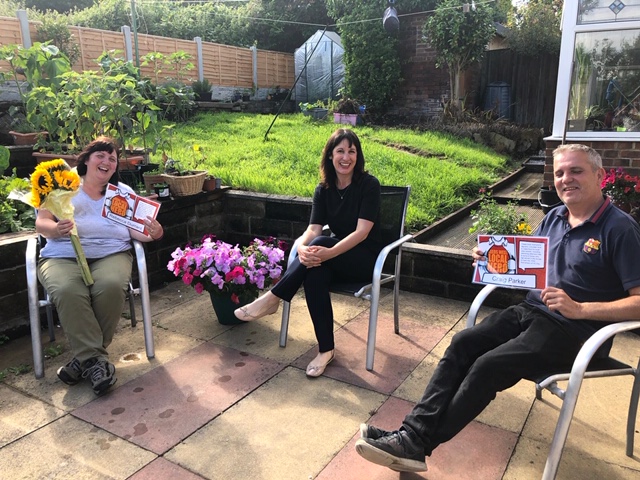 They cooked up a roast dinner with pudding ready to heat up on Easter Sunday for older people living alone. In addition, to mark the 100th Anniversary of VE Day they made up afternoon teas which were delivered by volunteers from Bramley Elderly Action.

This was to show appreciation and support for some of those who had served in the forces.

Arriving on their doorstep with a “Hero” certificate and a bunch of flowers, Ms Reeves, who founded the West Leeds Hero awards, was able to congratulate the winners in person.

Craig had helped set up the surprise visit from Ms Reeves, believing his partner Rebecca was the sole winner. However, unbeknown to him, he had also received an award.

The surprise was a very welcome one for Rebecca and Craig, who were thrilled to have received this recognition, although with typical generosity of spirit Rebecca said:

“There are so many other people who deserve this.”

“Like so many people in our community, Rebecca and Craig give their time and energy to support and help others, often people they have never even met. They do this because it’s the right thing to do, and not for any reward or recognition.

“They really deserve this award and I hope it takes pride of place on their wall, perhaps next to Craig’s framed photo of Leeds United manager Marcelo Bielsa!”

Nominations are now closed but watch out for another recipient next week.